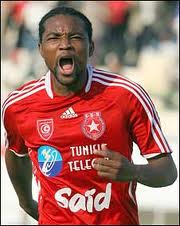 Ghanaian striker Sadat Bukari has returned to Tunisian giants Etoile du Sahel to re-sign for the club Â subject to passing a medical, GHANAsoccernet.com can confirm.

The 22-year-old is expected to be assessed by the club's medical team on Thursday and then meet the coaching staff.

Bukari failed to survive in Europe after leaving the Sousse-based side last year.

He signed a four-and-half year deal with Israeli top flight side Maccabi Haifa but struggled to make the grade.

Bukari won the African Champions League in 2007 with the ''Red Squad''.