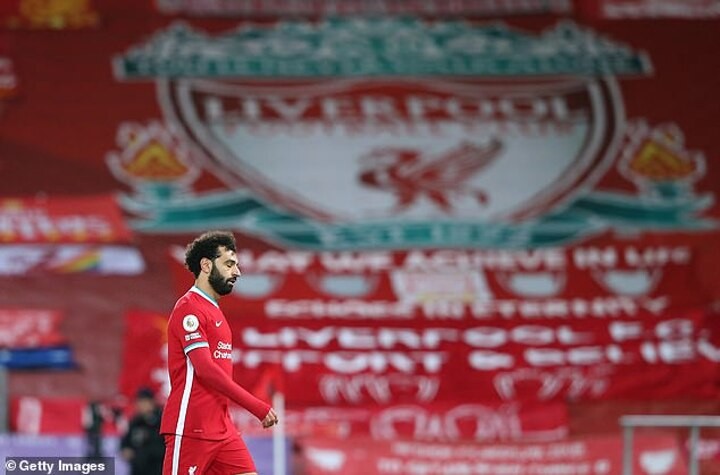 The agent of Mohamed Salah has sparked fears of unrest and a potential summer exit after taking to social media to post a cryptic and seemingly petulant message after the Egyptian was subbed off against Chelsea.

Salah - the Premier League's leading goalscorer - was removed by manager Jurgen Klopp with half-an-hour still to play in the match, with Liverpool trailing 1-0.

The Egyptian was visibly frustrated and appeared to leave the field shaking his head after being selected as the man to make way, with midfielder Alex Oxlade-Chamberlain coming on in his place.

Rather than offer a forthright opinion however, the football agent opted inside to simply publish a rather cryptic singular full-stop.

Speculation soon washed over the football world as a result, with many fans sensing a frustration shared by both player and agent, and concluding that a summer move could be on the cards.

Salah has showed his usual flashes of brilliance this season and once again leads the way in the Premier League's scoring charts with 17 (and three assists).

Liverpool's Egyptian star has however had several quiet performances, during which an injury-ravaged side has frequently succumb to defeat.

In December Salah left Liverpool stunned by conducting a random interview with Spanish publication AS, in which he refused to rule out the possibility of playing for Real Madrid or Barcelona in the future.

'I think Madrid and Barcelona are two top clubs,' Salah said during the interview.

'Who knows what will happen in the future, but right now I am focused on winning the Premier League and the Champions League with Liverpool again.'

When pressed on his future further, Salah insisted everything was in Liverpool's hands, adding: 'That's a tough question, but right now I can say that everything is in the hands of the club.

'Of course I want to break records here and, I repeat, all the club records, but everything is in the hands of the club.'