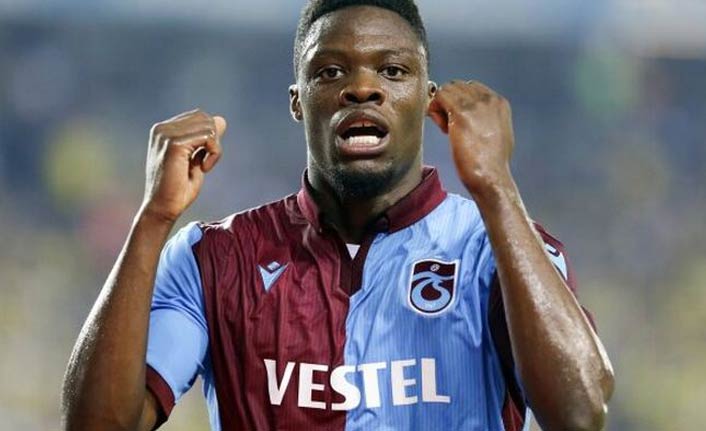 Sampdoria have added their name to Trabzonspor striker Caleb Ekuban's list of suitors with a view to future approach.

The club's scout are keeping a close eye on the 27-year-old, who has impressed heavily since arriving in Turkey.

The Ghana international has bagged 10 goals in 30 appearances for the Turkish Super Lig side as they chase for a European qualification slot in the league.

However, there a number of clubs interested in signing him in the summer following his remarkable turn of form over the past two seasons.

The Ghana forward remains the most influential player for Trabzonspor in the 2020/21 season, with his goals contributing 20 points to the club this term.

Trabzonspor are yet to lose a game in which the Ghanaian has scored, having won six and drawn two.

The former Leeds United striker is now wanted by Italian side Sampdoria and are ready to splash the cash for his signature.

Ekuban, who excelled at Albanian side Partizani Tirana, joining from Chievo Verona is being targeted for a return Italy.

Sampdoria boss Claudio Ranieri is keen to bring the Ghanaian to the Luigi Ferraris Stadium.

However, they may have to fend off competition from French side St Etienne who are also keeping an eye on the Black Stars forward.