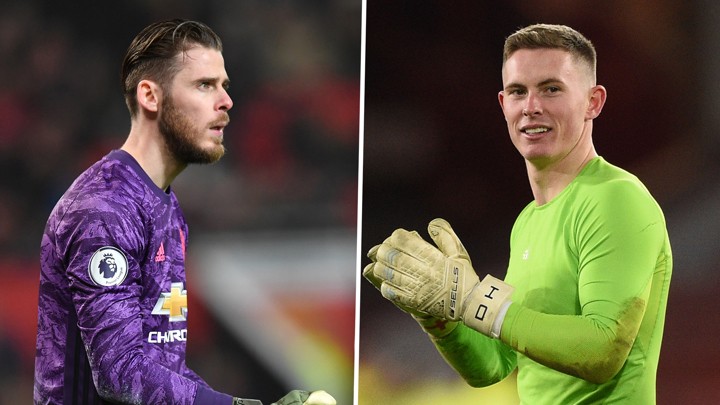 It is “far too early” for Manchester United to consider dropping David de Gea for Sheffield United loanee Dean Henderson, according to Peter Schmeichel.

With De Gea’s form dipping in recent seasons and Henderson performing superbly for the Blades this year, there have been calls for Henderson to take over as No.1 next season.

Schmeichel doesn’t doubt Henderson’s ability – but he thinks the reality of being United’s goalkeeper means there are other factors to take into account.

“Would anyone seriously consider not having David de Gea in goal and put Dean Henderson in now?” Schmeichel said on Instagram Live.

“There's no doubt about Henderson's potential, but he's played one season at a club who has had an unbelievable run in the Premier League.

“Henderson will need to show another season, like he's just come through, and then another one, and another one, in order to convince everyone that he is the right guy.

“I have seen a lot of guys come into Old Trafford with great reputations, goalscorers, and they haven't been able to do what they promised to do, with performances and talent.

“That's simply because the pressures at Old Trafford are different, just different, you know.”

Schmeichel says the added scrutiny Henderson would come under in Manchester would present a huge challenge to the 23-year-old.

De Gea struggled to impose himself in his first few seasons at the club, but has gone on to establish himself as one of the finest 'keepers in the club’s history.

“Just as an example, if Henderson makes a mistake – and I can only remember one he made against Liverpool - it's, 'Oh yeah, but he's young and talented and blah blah blah', because he plays for Sheffield United,” Schmeichel added.

“If he makes that mistake at Old Trafford, for Manchester United, then it's headlines and it's all week until he plays the next game, where they question his ability to be the No.1.

"The pressures, the outside pressures, are so different. If you make a mistake playing for Sheffield United, well, fine, it's what happens, you're not expected to win every game.

“But you are when you're playing for the bigger clubs. So, let's see how he develops and keep an eye on him. But it's far too early.

“So the question: De Gea or Henderson? There's really only one answer to that."