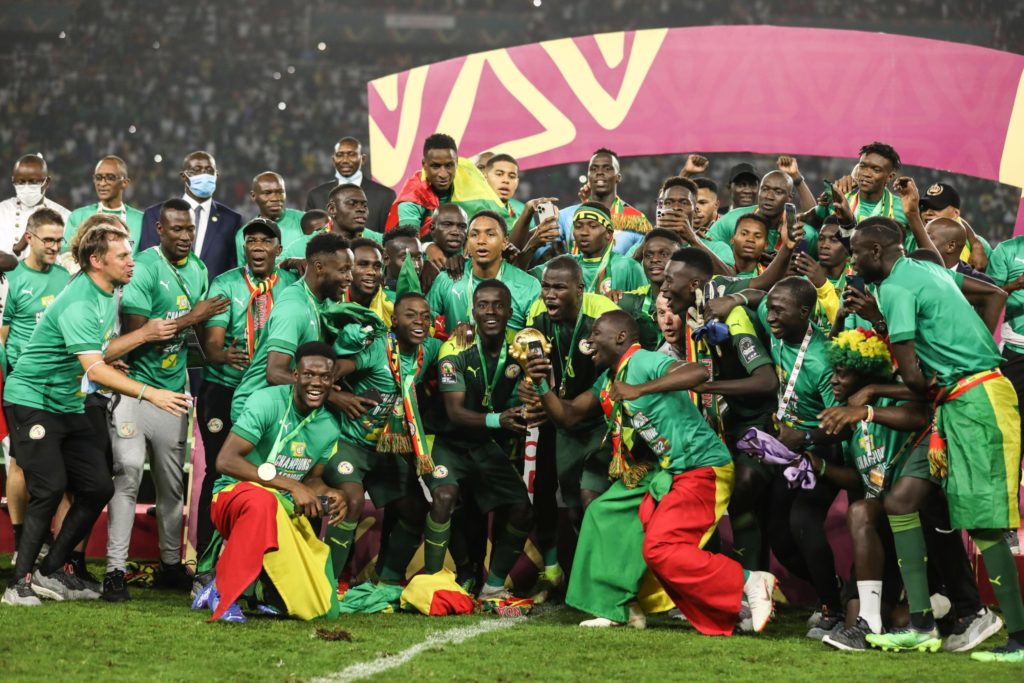 Senegal have been crowned winners of the Africa Cup of Nations for the first time, with the team winning in penalties after the final ended goalless.

Egypt missed twice in the shootout, meaning Mohamed Salah, who was meant to be his team’s last penalty taker, could do nothing but watch his club teammate win it.

Senegal had lost two finals previously, including against Algeria at the last African Cup in Egypt in 2019.

Despite having missed a penalty in the seventh minute of the game, Mané held his nerve to he deliver the winning moment as he drilled the decisive penalty into the bottom left corner of the goal.

The final at the Olembe Stadium in Yaounde, Cameroon, was billed as a battle between Liverpool stars Mané and Salah, who were both searching for their first major title with their country.

But it never reached the heights of a classic final despite the presence of the two superstars.

Senegal missed a series of chances in normal time and extra time, including Mané’s early penalty, which was saved by Egypt goalkeeper Mohamed Abou Gabal.

Egypt’s players appeared fatigued after all three of their previous knockout games also went to extra time, and they seemed to be playing for a shootout in a bid to win a record-extending eighth African title.

Egypt won shootouts in the last 16 and the semifinals to get to the final but missed two penalties in Sunday’s shootout.