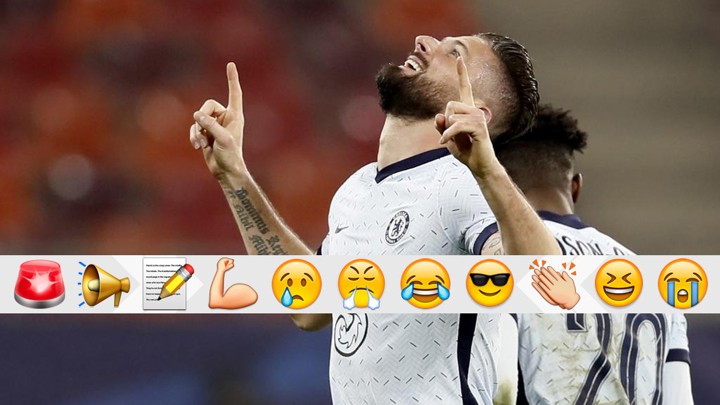 Atletico Madrid's chances of progressing in the Champions League were dealt a blow as they were beaten 1-0 by Chelsea in the first leg of their last tie in Bucharest.

The effective hosts deployed a conservative game plan in the Romanian capital, sitting deep and soaking up pressure from Thomas Tuchel's side.

It was Olivier Giroud who made the difference, though, with a quite brilliant winning goal to decide the match on the night.

Giroud's winner as a thing of beauty, as often is the case with the French World Cup winner. With Atletico's solid block, it took something special to earn Chelsea an away goal, with the bicycle kick one of the goals of the season in the Champions League so far.

After a disappointing recent run of results, Atletico failed to impress again. Their defensive tactics almost did the job, but Simeone's game plan was unravelled as soon as Chelsea found a goal. It's a sign that their watertight nature at the back is waning.

Kieran Trippier has been absent for some weeks now, but his suspension is still being felt by this Atletico side. Simeone hasn't found a solution at right wing-back, with Marcos Llorente the latest to try his hand in that position. The change to the Spaniard's position did his game no good.

There was no let-up from referee Felix Brych, who handed out his first yellow card in the second minute of the match. Mason Mount was booked for a foul on Joao Felix, setting the tone for the rest of the game. The difference between Spanish and European football is evident.