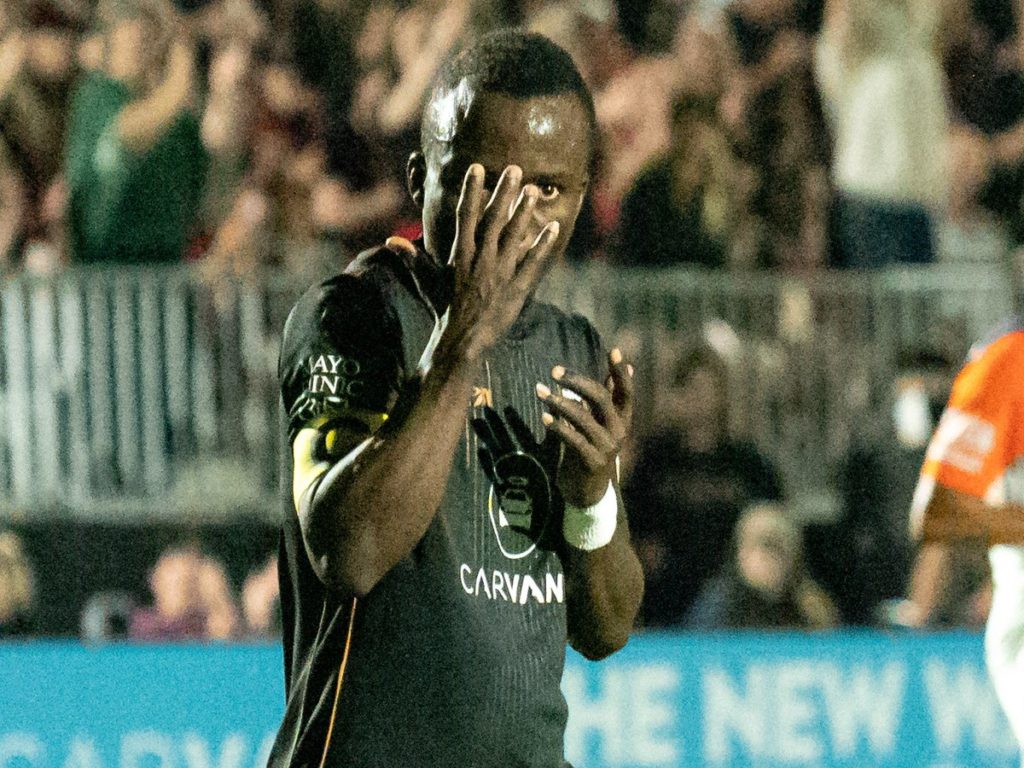 Ghanaian winger Solomon Asante scored and provided an assist for Phoenix Rising FC as they thumped GUU Men’s team 6-2 in a pre-season friendly.

The 29-year-old climbed off the bench in the second half to help his side record a huge victory as they continue preparations ahead of the start of the new season.

The Phoenix Rising skipper was named as 2019 USL Championship MVP.

Also, he won the Golden Boot with his 22 goals on the 2019 campaign, just three short of the USL single-season record.

But Asante did set two USL single-season records this year for assists (17) and combined goals and assists (39).

The former Berekum Chelsea ace was also named to the 2019 USL Championship All-League First Team to complement his quality effort.

He was linked with a move to several clubs in Turkey, Belgium, South Korea, Israel and Hungary, but his side rejected any offer for him ahead of the 2020 United Soccer League Championship (USL) season which is set to commence on March 27.