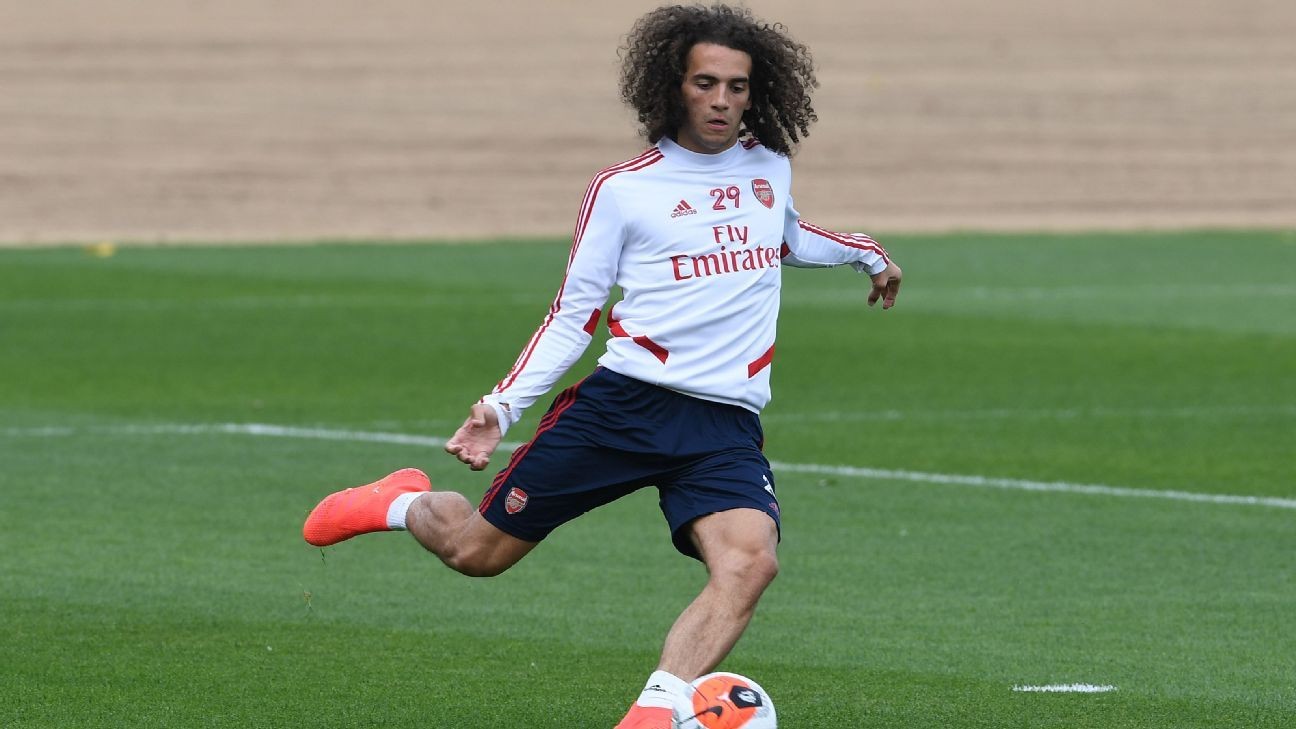 Arsenal midfielder Matteo Guendouzi is still training alone and is yet to be reinstated in the first team squad by manager Mikel Arteta, sources have told ESPN.

The 21-year old has been dropped from the matchday squad for the last five games in all competitions and also omitted from training with the first team.

Arteta has asked him to apologise for his incident with Brighton striker Neal Maupay when he grabbed him by the throat in Arsenal's 2-1 defeat at the Amex Stadium on June 20.

Guendouzi has yet to do that. It is very unlikely that he will be involved against Tottenham on Sunday although Arteta has not announced his squad yet.

After Arsenal's 4-0 win over Norwich last week, Arteta said that until something changes in the player's attitude, he won't be back in the squad.

Guendouzi's agent, Philippe Nabe, is due to have a meeting with Arteta and Raul Sanllehi, Arsenal's head of football next week.

Despite the player wanting to stay at Arsenal and the club wanting to keep him too, if the situation continues with no positive outcome, he might have to be sold.

The Frenchman joined Arsenal two years ago from Lorient for €8 million and some big European clubs are said to be following closely the situation.

Guendouzi, who has already been called up twice to the France squad by Didier Deschamps, has high ambitions for next year with the Euros and the Olympics in mind.

He needs to play regularly to give himself a chance to make either of the squads.