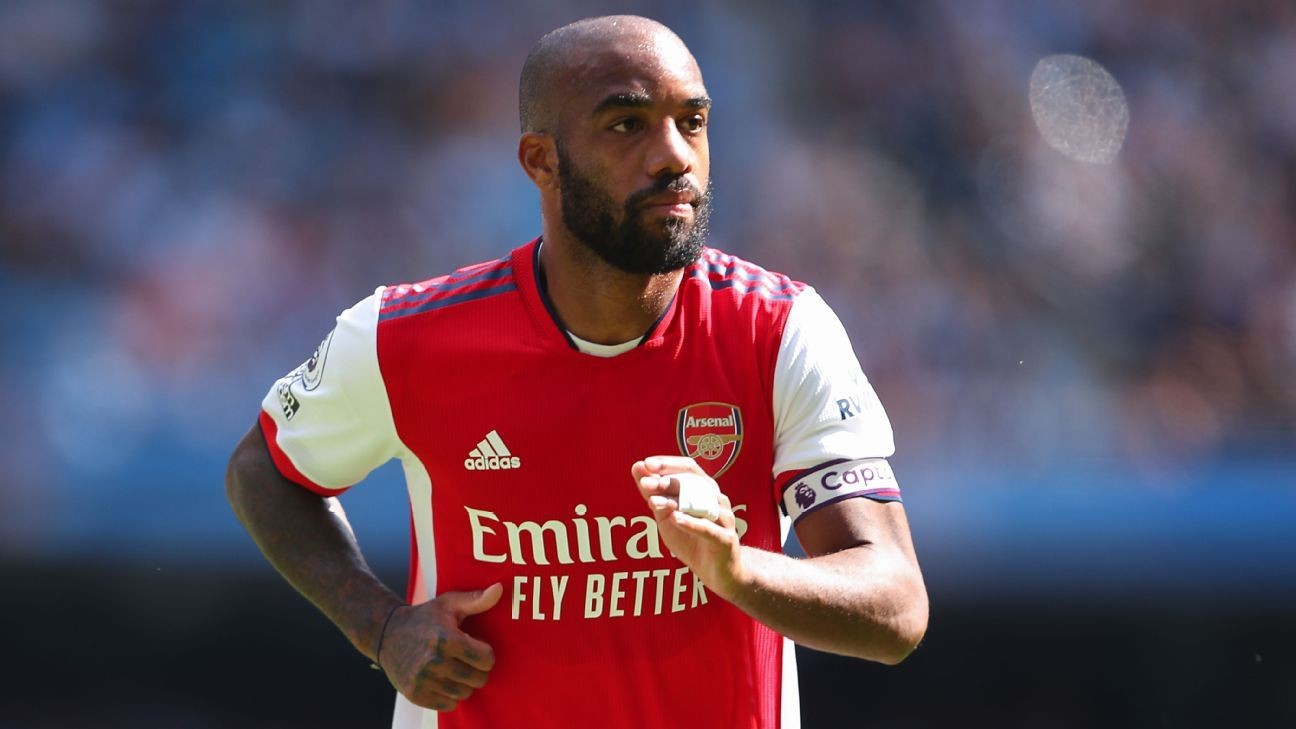 Alexandre Lacazette has no contract offer to consider from Arsenal despite entering the final year of his existing contract, sources have told ESPN.

The 30-year-old has made just two substitute appearances this season -- scoring once in last month's EFL Cup second round win at West Brom -- after contracting COVID-19 just before the campaign began.

Arsenal boss Mikel Arteta originally said in April that Lacazette's future would be resolved this summer but sources have indicated that no discussions are active with Arsenal choosing instead to focus their financial resources on other areas of the team.

The club spent around £140 million in the summer transfer window on six new signings in addition to securing contract extensions for younger players including Emile Smith Rowe and Kieran Tierney.

Arteta said on Thursday that Lacazette remains a key part of his plans despite the uncertainty over the striker's future and his limited game-time to date.

"He's fully involved," Arteta said. "You give the reasons why he hasn't played more minutes and he will be back to the form that he can achieve. I am sure that he will be instrumental in our success."

It is unclear at this stage whether Arsenal will make a late offer to keep Lacazette at the club but the forward will be free to talk to overseas clubs directly from Jan. 1 as things stand.

Atletico Madrid have a longstanding interest in Lacazette while Juventus, AC Milan and Sevilla are also reportedly monitoring the situation.

All six of Arsenal's signings this summer were aged 23 or under as the club shifts towards investing in youth after finishing eighth in the last two Premier League seasons, although they did agree a new deal for midfielder Granit Xhaka, 28.

Lacazette joined Arsenal in July 2017 for what was then a club record £46.5m from Lyon. He has scored 66 goals in 172 appearances including 17 in 47 games last season.