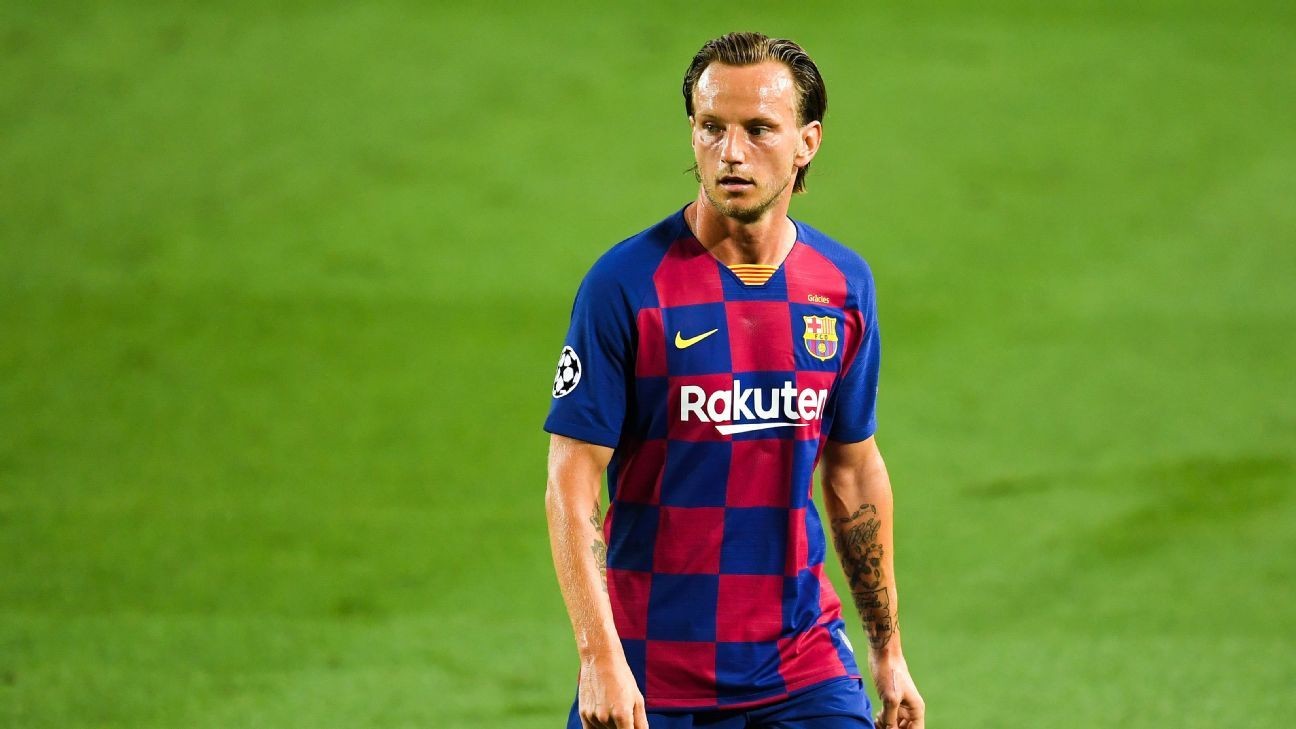 Ivan Rakitic will leave Barcelona to return to his former club Sevilla, sources have told ESPN.

The midfielder -- who signed for Barca from Sevilla in 2014 -- has a year left on his contract at Camp Nou, but he does not form part of the plans new coach Ronald Koeman's has for next season.

Sources have told ESPN that Rakitic's agents have now agreed the terms of his departure with Barca, and he will join Sevilla for a nominal fee.

The 32-year-old played 310 games for Barca in his six years there, winning 13 trophies, although his involvement was noticeably reduced last season.

Rakitic underwent a medical at a clinic in Barcelona on Monday morning and was not expected to attend Koeman's first training session later in the day.

The Croatia international will sign a two-year contract at Sevilla, with the option of a third, sources have told ESPN.

Rakitic has never hidden his desire to eventually return to the city of Seville, where his wife is from, or his affection for Sevilla, where he spent three successful seasons from 2011 to 2014.

However, the finances involved in the deal had looked to be an obstacle for the Andalusian club.

Talks between Barca and Sevilla, led by Sevilla sporting director Monchi, accelerated last week once it became clear that Koeman did not want to keep the player.

His move will help fill the gap left by the influential Ever Banega, who is leaving the Europa League winners to join the Saudi club Al Shabab.