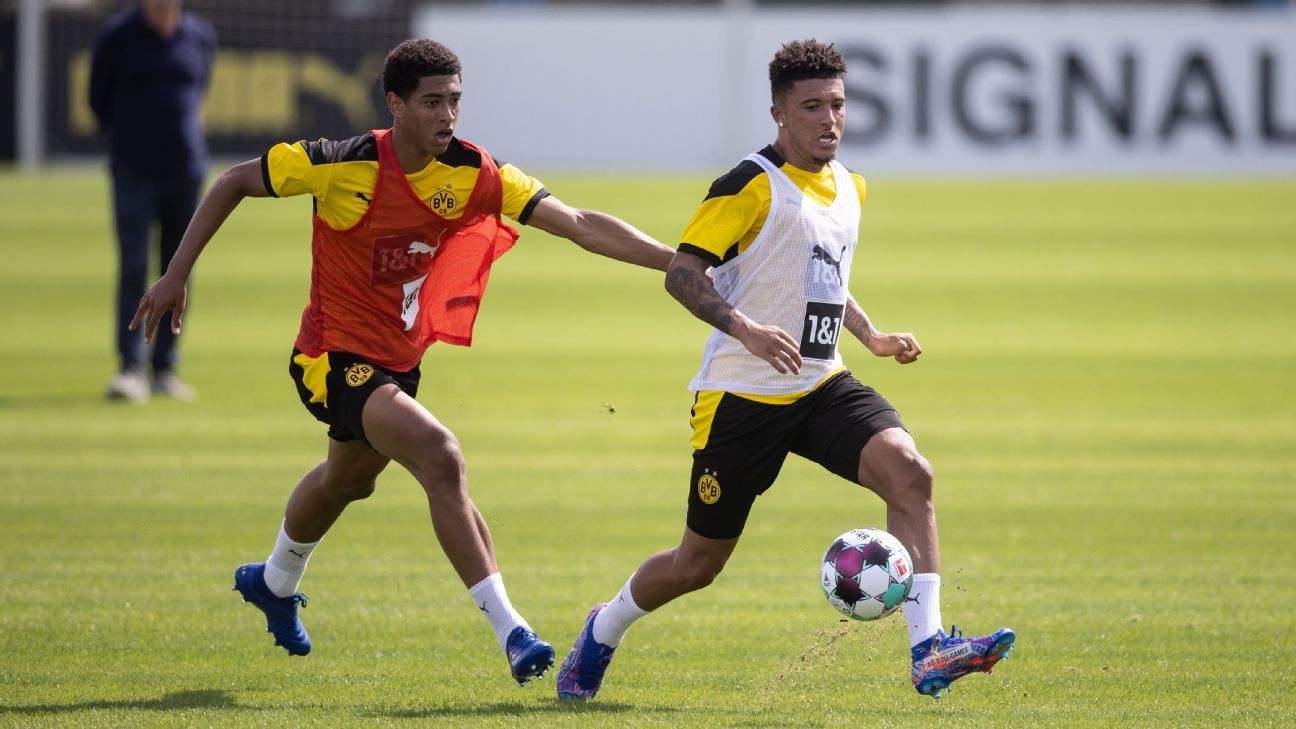 Bellingham, 17, left Birmingham City for Dortmund in July in a transfer that could eventually be worth £22.75 million to the EFL Championship side.

The England under-17 midfielder, who made 44 senior appearances for Birmingham last season, had come close to sealing a move to United during the January transfer window before the Old Trafford outfit switched attention to completing the signing of Bruno Fernandes from Sporting Lisbon ahead of the Jan. 31 deadline.

But with United opting against finalising a deal for Bellingham in January, Dortmund moved into pole position by handing the youngster the opportunity to follow the path taken by Jadon Sancho, who also moved to Signal Iduna Park as a 17-year-old from Manchester City in 2017, and fellow young stars Erling Haaland and Gio Reyna.

Sources have told ESPN that United manager Ole Gunnar Solskjaer was confident that Bellingham would make at least 20 first team appearances next season, despite his age, and that he would be regarded as a full member of the senior squad.

But United's owners, the Glazer family, and executive vice-chairman Ed Woodward were reluctant to sanction a deal that would see a player with just one season of professional football behind him earning almost £3m-a-year at Old Trafford.

While United remain committed to paying top wages for the leading players, the club are also determined to avoid repeating past mistakes, such as the £18m-a-year deal given to Alexis Sanchez following his arrival from Arsenal in Jan 2018, and it was decided that Dortmund's pay deal for Belllingham was one that they would not be prepared to match.