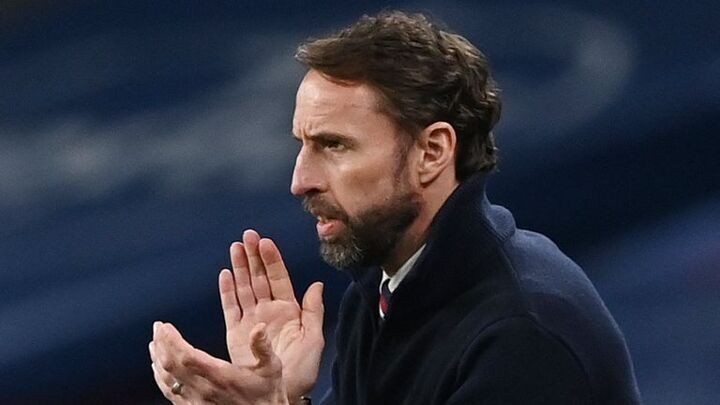 Gareth Southgate says football must revisit its approach to scouting and creating opportunities for British South Asian talent to thrive in the sport.

The current proportion of British South footballers across England's top four leagues stands at less than 0.25 per cent, with Kick It Out chair Sanjay Bhandari telling Sky Sports News last December that the level of under-representation is "the biggest statistical anomaly in football".

To mark South Asian Heritage Month, the FA has released the first of a six-part video series featuring players, coaches, and match officials of Asian heritage discussing their individual journeys in the game.

"We should be looking at how we scout," Southgate said in the FA video.

"Historically, there has been a sort of unconscious bias, maybe the perception that some Asian players were not as athletic, they weren't as strong [as other players].

"That is such a ridiculous generalisation.

"In a lot of communities now, football is being played, in all sorts of variety of areas, so, I think [in terms of] scouting the Asian community, we've got to be creative in getting into the places where some of these kids might be playing.

"And encouraging them into broader leagues where they can be assessed more easily against other players, and then making that step into the academy system."

This follows the FA's update on its Asian inclusion strategy, Bringing Opportunities to Communities, which was shared earlier this year.

Launching in 2019, the strategy aims to ensure more people from Asian communities are part of English football both on and off the pitch, focusing on five pillars: The FA and its culture; pathways; grassroots football; women and girls; and community engagement.

The FA has also launched a central jobs platform, aiming to create greater access to roles available across English football, and to help organisations and clubs reach more diverse candidates from both within and outside of the game.

For more stories, features and videos, visit our groundbreaking South Asians in Football page on skysports.com and stay tuned to Sky Sports News and our Sky Sports digital platforms.