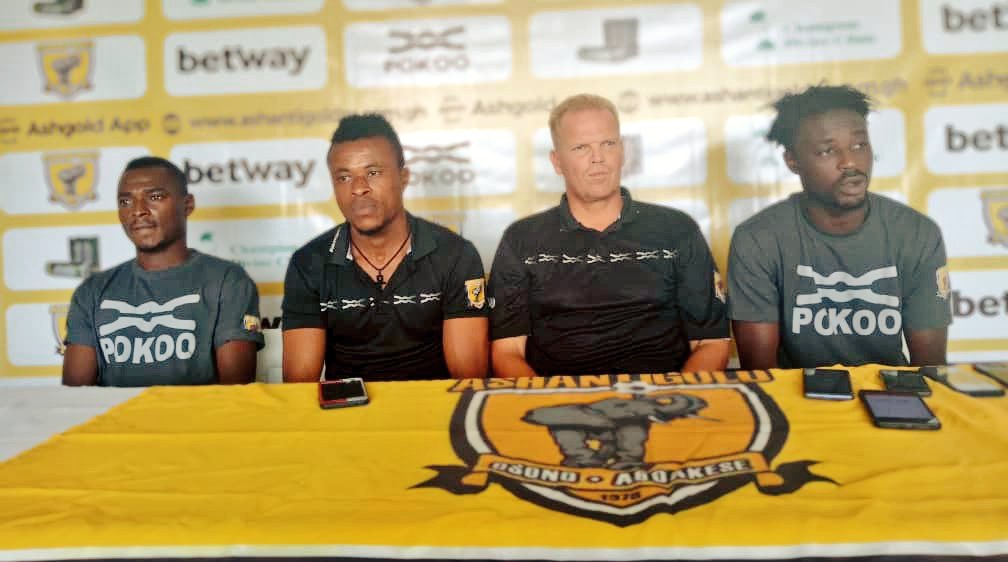 Ashantigold coach Kjetil Zachariassen says he is expecting a difficult game against Karela United in the semifinals of the GFA Tier I Special Competition on Sunday.

The Miners host the Anyinase boys at the Obuasi Len Clay Stadium on Sunday, with an eye for a place in the finals of the competition.

Ahead of the game, their Norwegian tactician believes it will be a tough test for his boys but was also confident of victory.

"It's a difficult match for us, and a big opponent again: strong, possession based. But we always want to dictate the game for our opponents. They would've to read us and follow us," he said in a pre-match interview.

Zachariassen has transformed the the Obuasi based outfit since taking over from Serbian coach Svetislav Tanasijevic.

The Miners are also in the semifinals of the Tier II competition, with a date against regional rivals Asante Kotoko on Wednesday.

Winners of the Tier I competition will represent Ghana in the CAF Champions League next season.