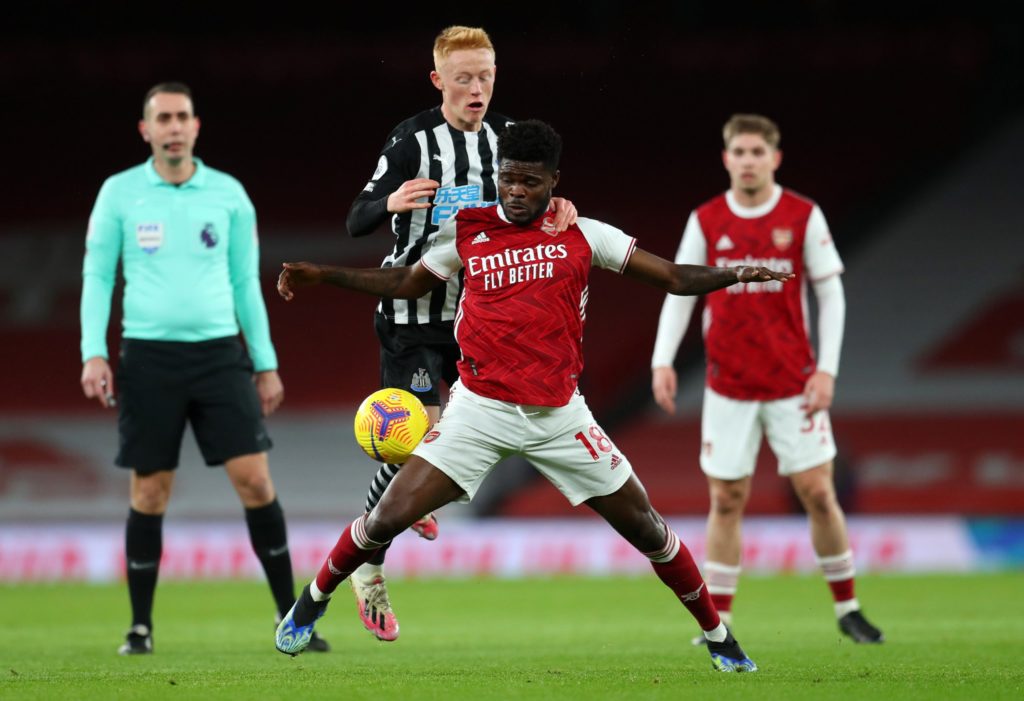 Arsenal manager Mikel Arteta has praised Ghana midfielder Thomas Partey for the 'aura and presence' he brings to the Arsenal team after another spectacular performance in their victory over Newcastle United on Monday night.

Partey was handed his first start after fully recovering from an injury that kept him out for some time.

The ex-Atletico Madrid star provided the assist for the opener as Arsenal thrashed Newcastle United 3-0 at the Emirates.

“We have been missing Tommy and he has this presence, this aura, that makes him a special player for us,” Mikel Arteta said after the game. “Hopefully we can keep him fit because we can all see the difference he makes on the side and I think he was growing and getting better and better as the game was growing and evolving," he added.

“Yes, he can [have more attacking freedom here than at Atletico Madrid], technically he is more than capable of doing that and he’s great in both transitional moments as well.

“It will take him some time to understand a different way of thinking or doing [things] than what he was doing with the previous team he was involved in. He has all the characteristics that we need to make us better, that’s for sure.

“His dynamism, his physicality, his creativity and the presence that nature has given him. You have that person on the pitch and you are able to dominate a game when it is needed and Thomas has this quality.”