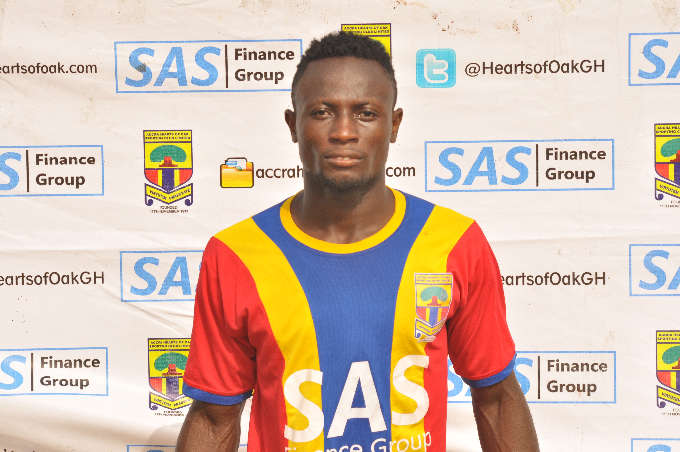 Maxwell Boakye will be handed a month's suspension.

Former Hearts of Oak striker Maxwell Boakye has refused to rule out a return despite enduring a difficult time at the club.

He spent three seasons with the Accra based club between 2013 and 2016. In 2014, he was suspended after he admitted to forging the signature of a teammate to withdraw money from his account.

Boakye currently plays for second-tier side Gold Stars and has scored 10 goals in 13 matches.

"Hearts of Oak is a big club and it is the dream of every player to play for them. Hearts and Kotoko are the biggest clubs in the country and everyone would like to play for one of these teams," he said.

"I have featured for the club before and I would like to play for them again but the truth is that you cannot play for a single club until the end.

"So having played for Hearts, I would love to play for a different club in the country."