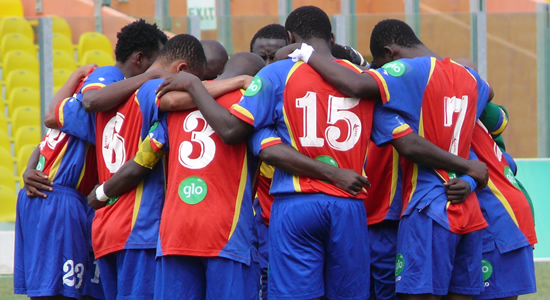 Giants Hearts of Oak are struggling to hold onto big name players ahead of the new season due to financial constraints.

Five key players of the club are on the verge of leaving the club despite promises of boosting the squad ahead of the new season.

The five-man recruitment committee is finding difficulties in finding funds for the purchase of top players contrary to earlier reports that they were ready to spend 3.5 milllion Ghana Cedis for squad rebuilding.

Captain Karim Alhassan refused to renew his contract with the former African champions.

Defender Osei Bonsu is also reluctant to pen a new deal and midfielder Obed Ansah is chasing a deal abroad.

The club have already lost combative enforcer Uriah Asante who has left the club following the expiration of his one-year loan stint.

Meanwhile Striker Edwin Osei Pele is on the verge on joining New Edubiase after he put in a transfer request.

A US$ 50,000 prize tag on Bright Nsiah has scuppered a proposed deal to bring the Heart of Lions midfielder to the capital club.

Hearts are keen to make a substantial investment in recruiting quality players for next season but financial difficulties is threatening their Premier League surge.

An upcoming floating of shares could bail them out.