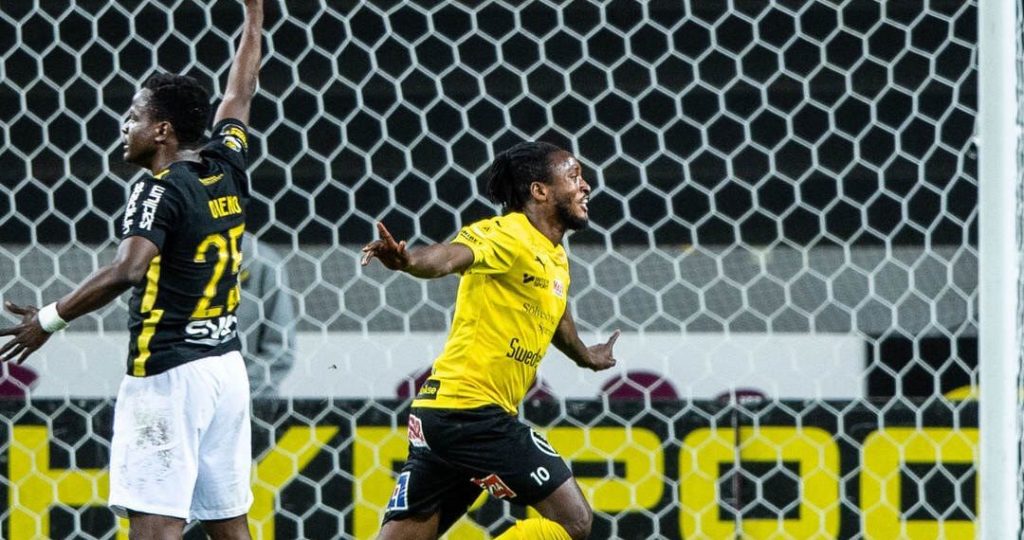 Ghanaian attacker Mamudo Moro came off the bench to rescue a point for Mjallby AIF against AIK in the Swedish top-flight on Saturday.

Moro scored a brace in the 2-2 stalemate at Friends Arena in Solna.

Moro made an instant impact as he scored two minutes after he entered the field in the 62nd minute.

His goal drew Mjallby level as AIK were leading courtesy of a first half strike Nicolas Stefanelli.

He gave Mjallby in the 71st minute with a fine strike but Stefanelli also found the net for the second time.

The goals were his first and second in the league this season. The 26-year-old has featured in 6 of Mjallby's 8 league games thus far.

Watch highlights of the goals below