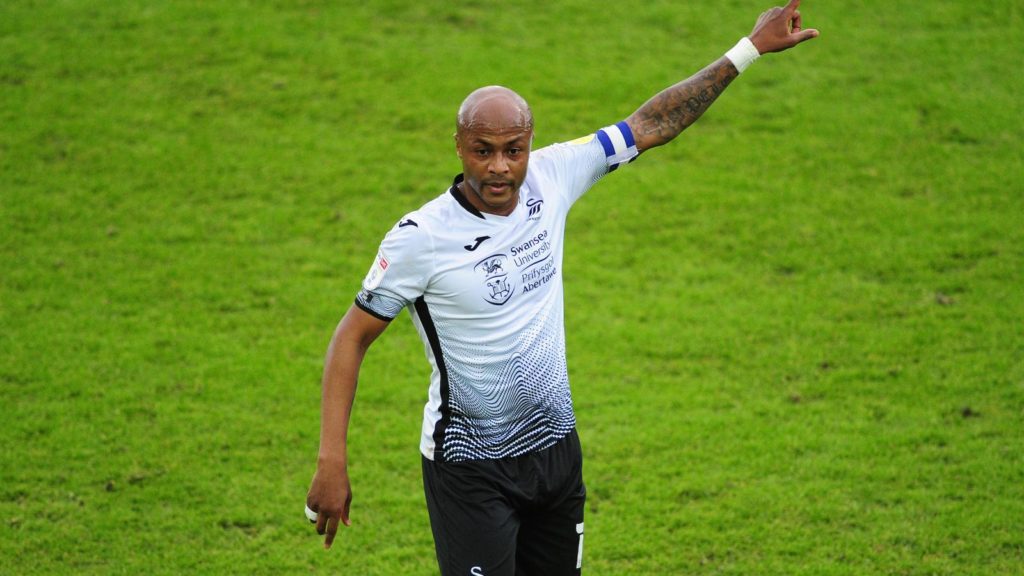 Swansea City forward Andre Ayew is a major doubt for the side's Championship match against Rotherham on Saturday, the club's manager Steve Cooper revealed on Thursday.

The 30-year-old was forced to withdraw from Ghana's 2021 Africa Cup of Nations qualifying return leg against Sudan in Omdurman on Tuesday.

It was anticipated that the Ghana captain would return to Steve Cooper's side for the weekend meeting with Rotherham, boosting the Welshman's attacking options.

However, Swansea manager Steve Cooper has confirmed the Ghana international is a huge doubt for the match at the Liberty stadium alongside teammate Marc Guehi, although no decision has been taken on their involvement against the Millers.

“Andre and Marc came back early from international duty, that was precautionary more than anything else,” head coach Steve Cooper told the club's official website.

“Obviously we have had a busy schedule and they have played every minute of every league game up until now.

“They then went into a full-on international camp, so they are naturally going to be tired and, like everybody, going to be at risk of fatigue.

“From fatigue you can start feeling some strains and muscle soreness, so they came back early as a precaution.

“They are doubts for the weekend, but we haven’t made a final call on it as yet.”

Ayew, who is currently the Swans' top scorer with five goals so far, hogged the headlines with two sumptuous strike against Sudan in the AFCON qualifier last week - with his superb free-kick being nominated by the Confederation of African Football (CAF) for best goals scored in matchday three and four of the 2021 Africa Cup of Nations qualifiers