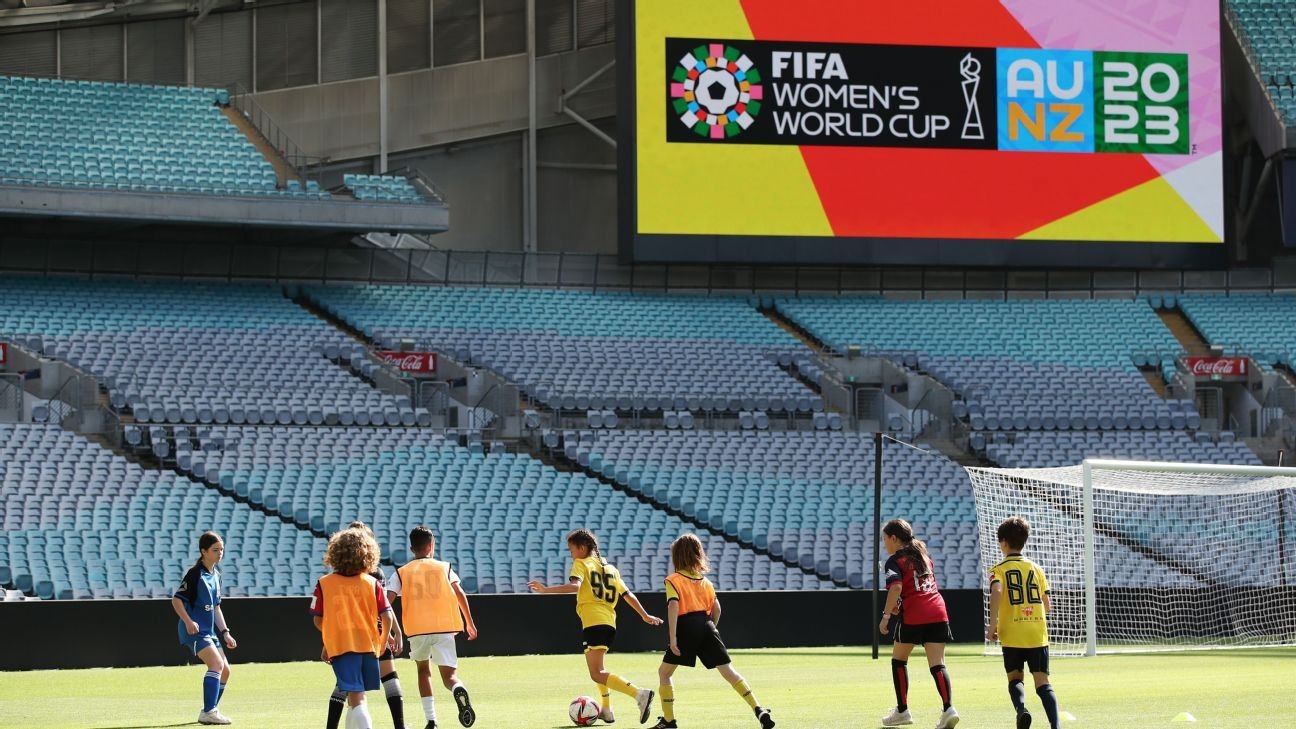 Both Stadium Australia and Eden Park will stage a semifinal, a quarterfinal and a round-of-16 match each, according to the FIFA schedule.

Brisbane's Lang Park and Wellington Regional Stadium, known locally as the "Cake Tin," will host the other quarterfinals.

Ballon d'Or prize tainted by lack of respect given to women's game2dKathleen McNameeUSWNT stock watch: Who is up, down after Australia friendlies?1dCaitlin Murray

Co-hosts Australia will stage 11 of the 16 knockout games and the women's side will play all of their matches at home, Football Australia said on Thursday.

"We are very pleased with the match schedule from many perspectives," Football Australia boss James Johnson said in a statement.

"It has delivered Australia a higher split ... with 35 of a possible 64 matches played across the five Australian host cities and includes a Matildas match on the opening day at the new Sydney Football Stadium."

The 32-team tournament will be divided into eight four-team groups. New Zealand is in Group A and Australia in Group B, but the other groups and teams won't be determined until qualifying is concluded and a draw is held.

The United States, which won the World Cup for the fourth time in France in 2019, is among the teams that have yet to qualify.

The U.S. just completed a two-match friendly series against the Matildas in Australia as a dry run for the 2023 tournament, winning 3-0 in Sydney and drawing 1-1 in Newcastle.

Match pairings and kickoff times will not be determined until the draw is held.