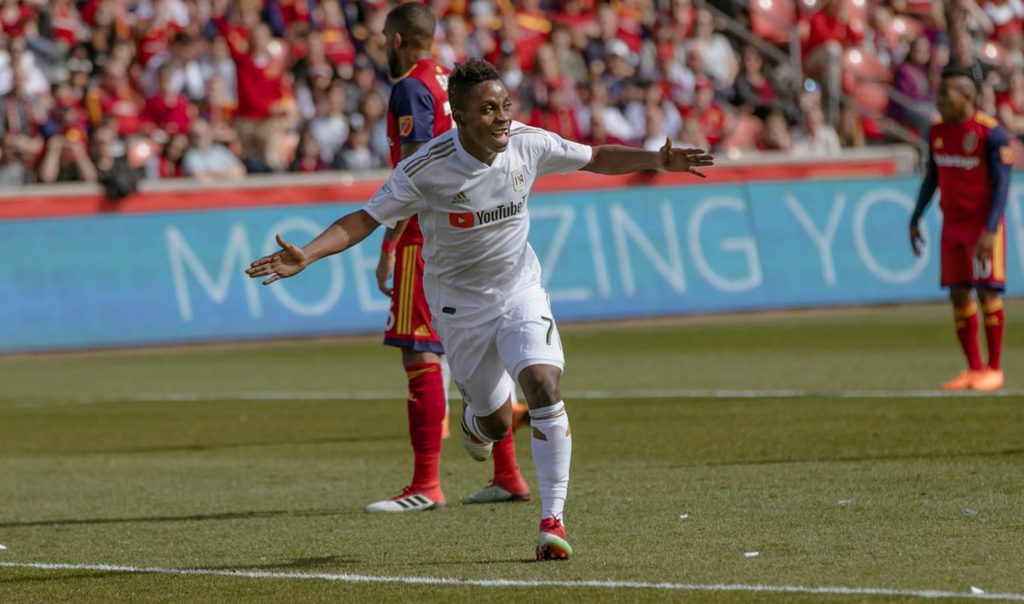 LAFC enterprising midfielder Latif Blessing has a backup plan to naturalize for the US Men Soccer Team after being overlooked by Ghana.

The former Liberty Professionals whiz kid is getting frustrated with lack of international football.

Blessing already has a U.S. green card and is in the process of becoming a citizen.

If that happens he might become a member of the U.S. team.

The 22-year-old has been one of the shining Ghanaian players in the MLS and has scored six goals in 31 appearances.

During his final season in the Ghana Premier League, he was installed Most Valuable Player for the 2016/2017.

He got signed by Kansas City in 2017 and after one year, he was taken by LAFC-where he has played the last two years- in the expansion draft the next season.