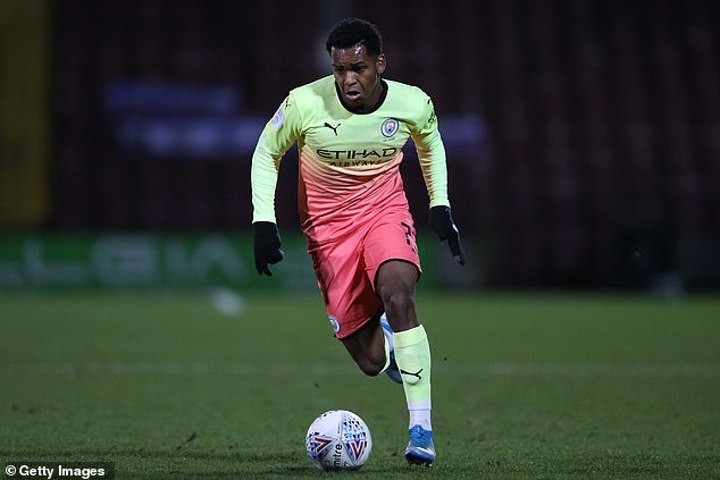 Sportsmail's scout is a top football expert who attends matches each week searching for the next star.

WHAT HAS HE GOT?

Seeing this player twice during the season gave me a clear picture. Once he played against poor opposition but I also saw him in a difficult away game when he continued to impress me. Watching this young Dutchman against a weak side may have given me a false picture of his strengths but his qualities stood out.

Powerfully built, he seems mature for his age and has a surge of pace which he uses to drive past defenders.

Readily supplied with the ball as he exerted his supremacy over a rather pedestrian and leggy full-back, he caused his opponent to constantly request cover.

On one run he forced his way past three defenders and squared the ball from the byline to create a goal.

He also produced a terrific shot after a strong run inside and it required a magnificent save to keep it out.

In the second game, in a big London stadium, he scored two goals. He was playing against a more experienced player who was on his way back from injury. Braaf took advantage of that, racing behind him to cause danger.

WHAT DOES HE NEED?

As he gets older and plays against more capable opponents, Braaf's pace may be nullified. I was looking for some variety in his game. At times he could have played the ball inside a shade earlier and looked to mix up his game by joining in again.

Perhaps, accepting that he was the most dangerous forward, he was keen to continually use his individual quality.

It was hard to judge his defensive work off the ball. I got the feeling he is the type of player who is not prepared to wait for the ball. I am sure he could be coached to add variation when the play is developing on his side.

I also wanted him to make a run towards the back post for a goal chance when the play was on the opposite side.

Harder tests will come but at the moment he has coped with a journey that has taken him from Ajax to PSV Eindhoven to Breda and on to Manchester City.