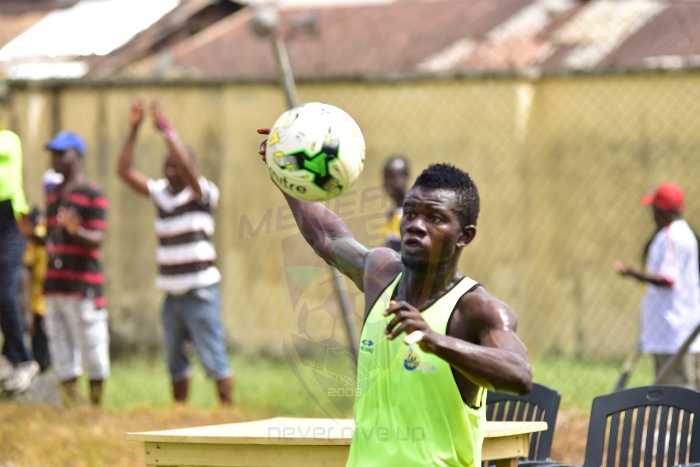 Medeama supremo Kwasi Donsu has been touting the credentials of the club hours after renewing his contract, claiming 'there is no better club in Ghana than Medeama'.

Donsu has signed a fresh three-year deal, which will keep at the club until August 2021.

The former Berekum Arsenals enforcer has been a key cog of the side since he joined in 2013.

He has been the most instrumental player in the squad in the past four seasons, turning heads in the West African nation.

Donsu has turned down several offers to join rival clubs Asante Kotoko and Hearts of Oak over the period.

And he has told GHANAsoccernet.com 'there is no better club to work for than Medeama.

"People keep asking why I have decided against signing for either Hearts or Kotoko. And my answer is simple; there is no better club in Ghana than Medeama," he told GHANAsoccernet.com

"Be sincere and tell me if there is any club comparable to Medeama at the moment in Ghana. As far as I am concerned, there is none.

"I am happy here and hope to continue. I'm a footballer and understands that I will move on at some point. But this is a better club and best place for me to do what I do best.

"I have absolute respect for the clubs that keep chasing me. But Medeama is the real deal. That's the truth."