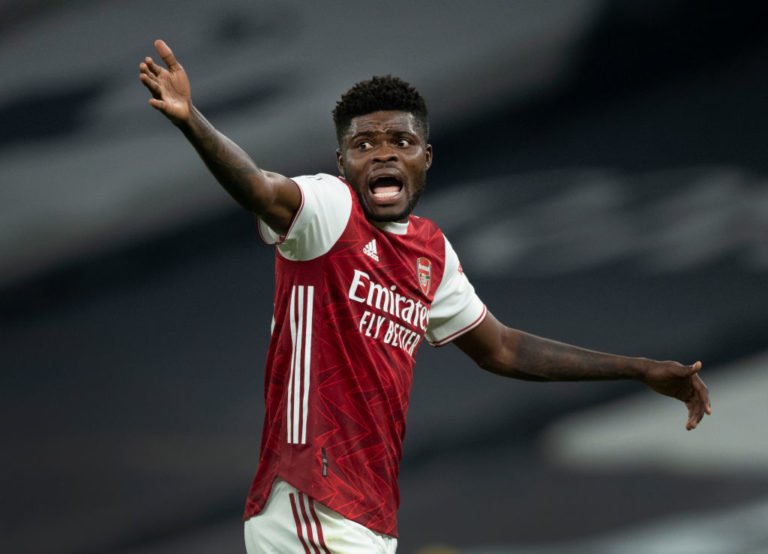 LONDON, ENGLAND - DECEMBER 06: Thomas Partey of Arsenal during the Premier League match between Tottenham Hotspur and Arsenal at Tottenham Hotspur Stadium on December 6, 2020 in London, United Kingdom. A limited number of fans are welcomed back to stadiums to watch elite football across England. This was following easing of restrictions on spectators in tiers one and two areas only. (Photo by Visionhaus)

Ghana midfielder Thomas Partey has failed to make an impact at Arsenal since joining the club in the summer, Former Liverpool star Steve Nicol has asserted.

Partey with his skills and ability was tipped to make a big impact at the club but injuries seemed to have taken a better part of him since he joined the club.

According to Nicol, the 27-year-old has been average for the Gunners since joining the club just like other average midfielders he has seen at the club.

“Thomas Partey I thought would be fantastic".

“For the last two or three seasons, we have spoken about how in the middle of the park there was no guts, no drive, no real players and then they go buy him.

“And you think, ‘I like that, this looks good, but you know what, he looks like an Arsenal player now, a bang average Arsenal player from the last two or three seasons.

“Even he hasn’t had an influence.”

Arsenal are now at risk of not managing to qualify for Europe for the first time in 25 years.