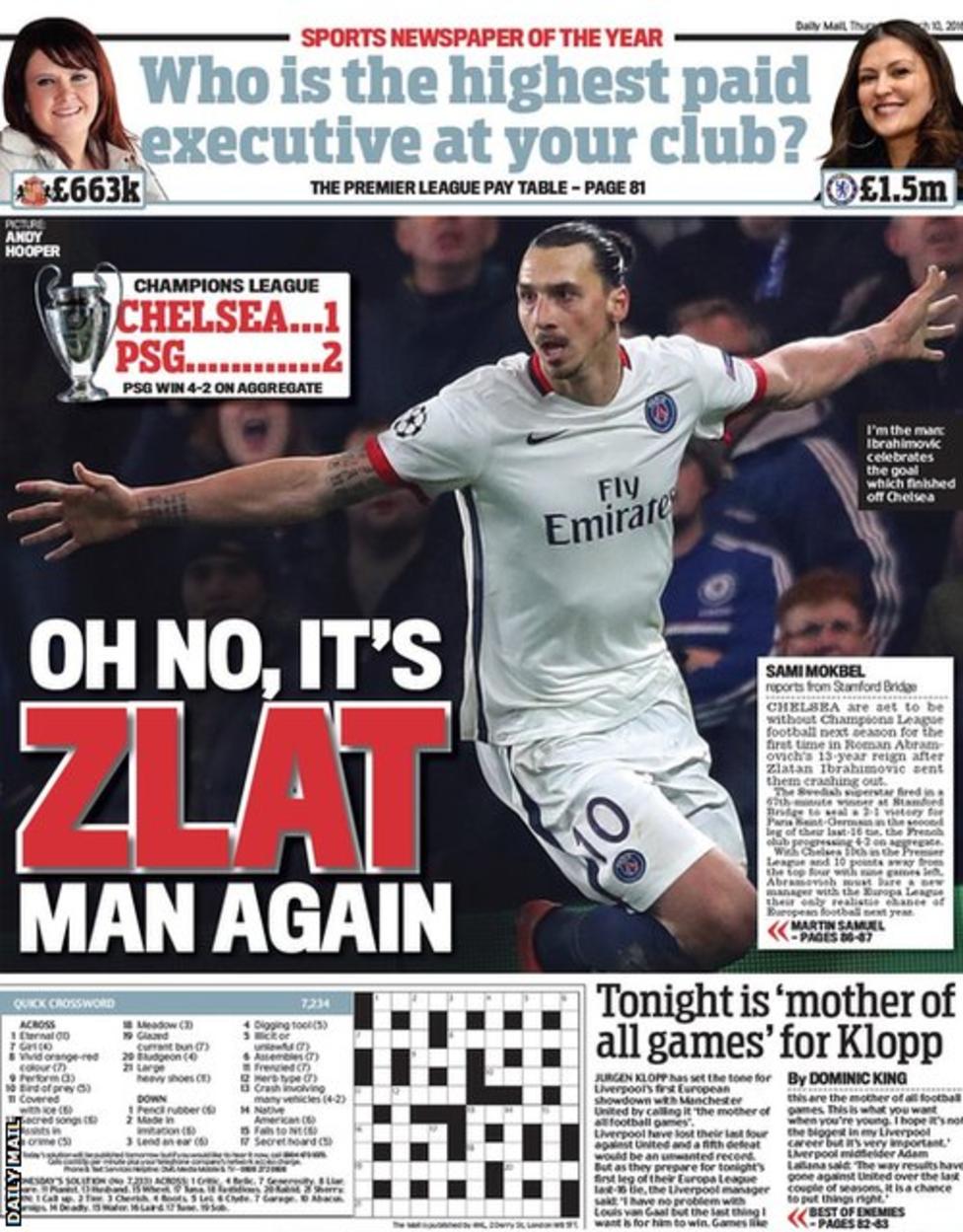 Barcelona want to sign Leicester winger Riyad Mahrez, 25, but admit it will be difficult to lure him away from City this summer. (Mundo Deportivo, via International Business Times)

However, the Spanish champions have lost interest in Everton defender John Stones over doubts that the 21-year-old England international could adapt to La Liga. (Mirror)

West Ham are ready to move for Manchester City striker Wilfried Bony, 27, and Liverpool forward Christian Benteke, 25, if they miss out on their top target, Marseille's Michy Batshuayi, 22. (Mirror)

West Brom have told striker Saido Berahino, 22, that he can leave in the summer, with Tottenham leading the chase. (Sun)

Aston Villa are set to lose 20-year-old forward Jack Grealish in the summer.(Telegraph)

Manchester City have stepped up their attempt to make 25-year-old Borussian Dortmund midfielder Ilkay Gundogan one of Pep Guardiola's first signings - and will also turn their sights on Schalke forward Leroy Sane, 19.(Guardian)

Liverpool are interested in signing Koln keeper Timo Horn, 22, and defender Jonas Hector, 25 - but face competition from Arsenal and Manchester United for the former. (Bild - in German)

Tottenham could make a summer move for Sassuolo forward Domenico Berardi, 21, who they have been keen on for several years. (Metro)

Brazil boss Dunga says he would prefer to see Barcelona forward Neymar compete for his country at the Rio Olympic Games this summer than play in the Copa America. (Esporte Interativo via Sky Sports)

New Sunderland signing Emmanuel Eboue has admitted that keeping the Black Cats in the Premier League is "going to be difficult". (Newcastle Chronicle)

With Zlatan Ibrahimovic's contract set to expire this summer, is the Swede courting English clubs?

Stoke striker Bojan Krkic once again showed his aptitude for finding the net - bytweeting a video of his table tennis practice session.

Former Spurs full-back Benoit Assou-Ekotto plays in boots brought for £23 off eBay - saying he would "rather be free than prostitute myself for a sponsor". (Canal Plus, via Sun)