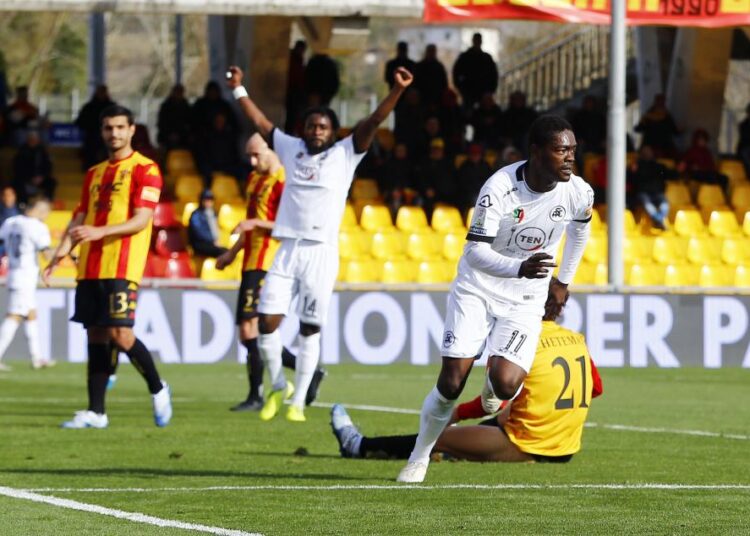 Ghanaian forward Emmanuel Gyasi's dream of leading Spezia Calcio to serie A is on course after helping the Eagles to a promotion play-offs spot at the end of the regular serie B season.

The 26-year old, who leads the goal scoring chart with Antonio Ragusa at Spezia, has been influential for the club this season as they rounded of their campaign with victory at Salernitana.

Gyasi was an unused substitute in last night's game, as he is being kept for the semifinals of the promotion play-offs.

He scored eight times as Spezia finished 3rd to secure a semifinal berth. His five assists during the season places him second and just behind Paolo Bartolomei.

Spezia are joined by Pordonone as the two teams to earn semifinal spots, and will be awaiting winners from the quarter finals which has the following teams Cittadella, Chievo, Empoli and Frosinone.

Emmanuel Gyasi is however on the radar of newly promoted side Benevento, who could make a move for the player before the window closes.