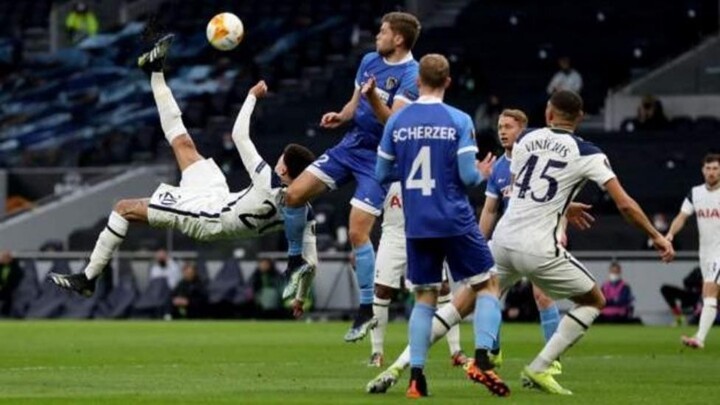 Dele Alli scored a superb overhead kick as Tottenham cruised into the Europa League last 16 with an 8-1 aggregate win over Austrian side Wolfsberger.

Spurs were already in control of the tie following a 4-1 first-leg victory and quickly asserted their authority at home with Alli's spectacular effort.

It was in keeping with an impressive performance by Alli, who was at his creative best to also lay on two goals.

Carlos Vinicius scored twice, either side of a Gareth Bale effort.