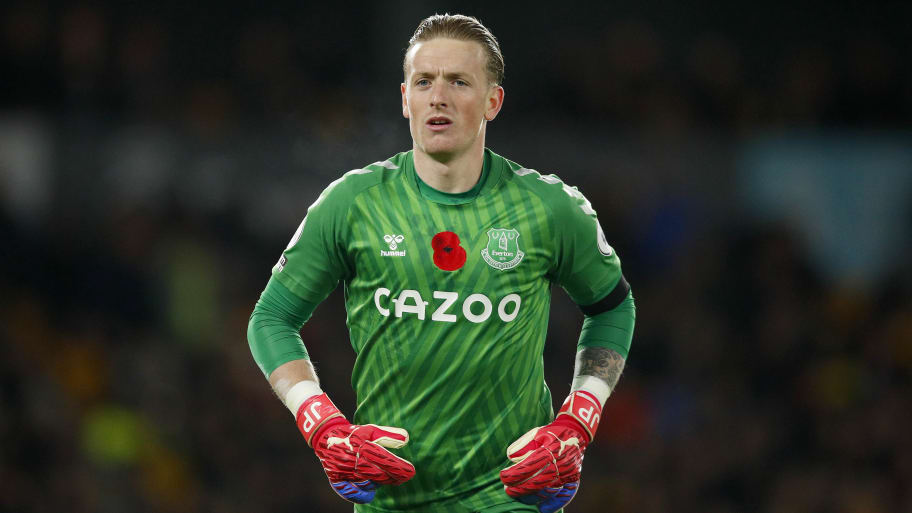 Tottenham are continuing to prepare for life without goalkeeper Hugo Lloris and have earmarked Everton's Jordan Pickford as a possible successor.

Lloris, who turns 35 in December, is approaching the final six months of his contract, and while a short-term extension has not been ruled out, those in charge at Tottenham are well aware that they need to plan for the future.

Following Antonio Conte's arrival at the club, discussions have been held over who the boss would like as a long-term goalkeeper, and 90min understands that Ajax's Andre Onana is very much in his thinking.

But Spurs' eyes are not just on the 25-year-old Cameroonian, with the Telegraph noting that Pickford is also a potential target.

The report claims that Conte may look to bring in a homegrown goalkeeper to immediately compete with Lloris, or potentially replace him as Spurs' starter.

That's not something that Onana - who has missed the last nine months of action after being banned by UEFA for testing positive for the forbidden substance - can offer, although he is superb with the ball at his feet, which is something that Conte looks for in a keeper.

Everton are understandably reluctant to part ways with the 27-year-old, but Financial Fair Play rules could see them forced to cash in on Pickford. Manager Rafa Benitez has already complained about the rules limiting his summer spending, which was restricted to a comparatively measly £1.8m.

Pickford, who cost £25m when he joined from Sunderland in 2017, remains under contract until 2024 and has not expressed a desire to leave the club. But should he not sign an extension, this summer would be the final window for Everton to sell Pickford at max value - more than that £25m initial spend.

Spurs' current back-up option is Pierluigi Gollini, who was brought in on loan from Atalanta last summer to compete with Lloris.

But he's failed to inspire when given an opportunity this season and may not see the option to buy clause in contract triggered, which in turn could lead Conte and sporting director Fabio Paratici to Onana or indeed Pickford.

This article was originally published on 90min as Tottenham eyeing move for Everton's Jordan Pickford.