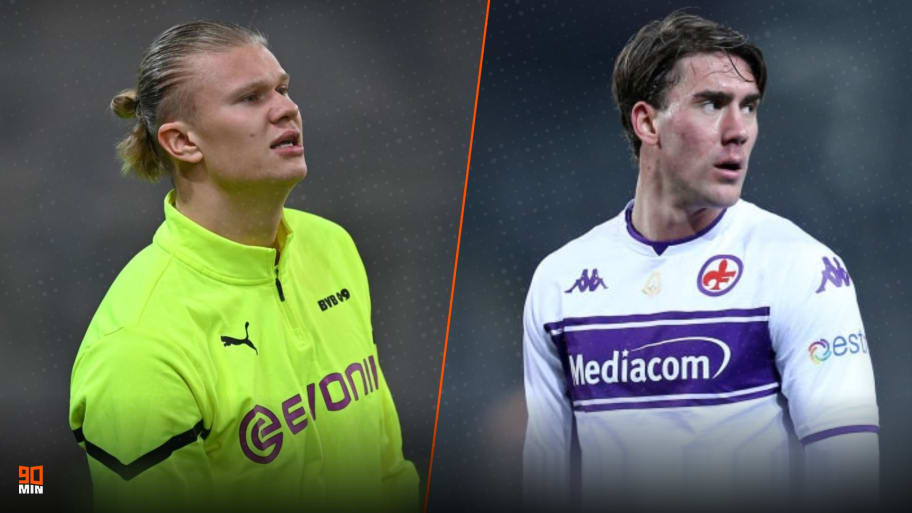 Manchester United have ended their interest in the free-scoring Erling Haaland after being told that the player would prefer to join Real Madrid. United are still keen to strengthen their attacking options though, and have turned their attention to other targets.

Raheem Sterling was interested in moving to Barcelona in January, before the Blaugrana instead swooped to sign his Manchester City teammate Ferran Torres.

We've known Dusan Vlahovic is yet to be convinced by a move to Arsenal for some time. However, the prolific Fiorentina man has not ruled out a Premier League switch entirely with Man City thought to be his preferred destination in England.

In other City news, they have won the race for River Plate striker Julian Alvarez. But don't expect to see him in a sky blue shirt this season, with the 21-year-old set to remain at his current club on loan before linking up with Pep Guardiola's charges in the summer.

From one promising striker to another, Chelsea, Tottenham and Barcelona are all chasing Lille's Jonathan David. The Canadian has scored 12 goals in 21 Ligue 1 games this season.

Denis Zakaria has been a regular of the rumour mill this month and this time Liverpool are being linked. Borussia Dortmund and Bayern Munich are also keen, while Arsenal and Man Utd have been mentioned in the past.

Paris Saint-Germain's attempts to sign Spurs outcast Tanguy Ndombele may have hit a snag. PSG are keen on a swap deal but are struggling to convince an unknown player to depart the club so Ndombele can arrive.

Fellow Spurs fringe player Dele Alli could also leave north London this month. Newcastle are said to have opened talks to sign the midfielder, after manager Eddie Howe changed his mind about the move.

Bryan Gil may depart Spurs too, albeit on loan. Nice are hopeful of their chances of bringing in the floppy-haired playmaker before the end of the month.

Back to St James' Park now, where Newcastle are preparing alternative defensive targets if they cannot hammer out a deal for Sevilla's Diego Carlos.

Leeds are desperate to tie down star man Raphinha to a new contract, amid interest from Liverpool, Chelsea and Bayern.

Ajax midfielder Edson Alvarez is attracting Premier League suitors in the form of Chelsea, Leicester and Crystal Palace. Meanwhile, Palace have pulled out of the race to sign Aaron Ramsey, even though the player is desperate to work with Arsenal legend Patrick Vieira.

And finally, forgotten former Chelsea man Oscar has confirmed that talks with Barcelona are ongoing. The Brazilian is currently plying his trade for Shanghai Port in China, but the move could be scuppered by Barça's financial problems.