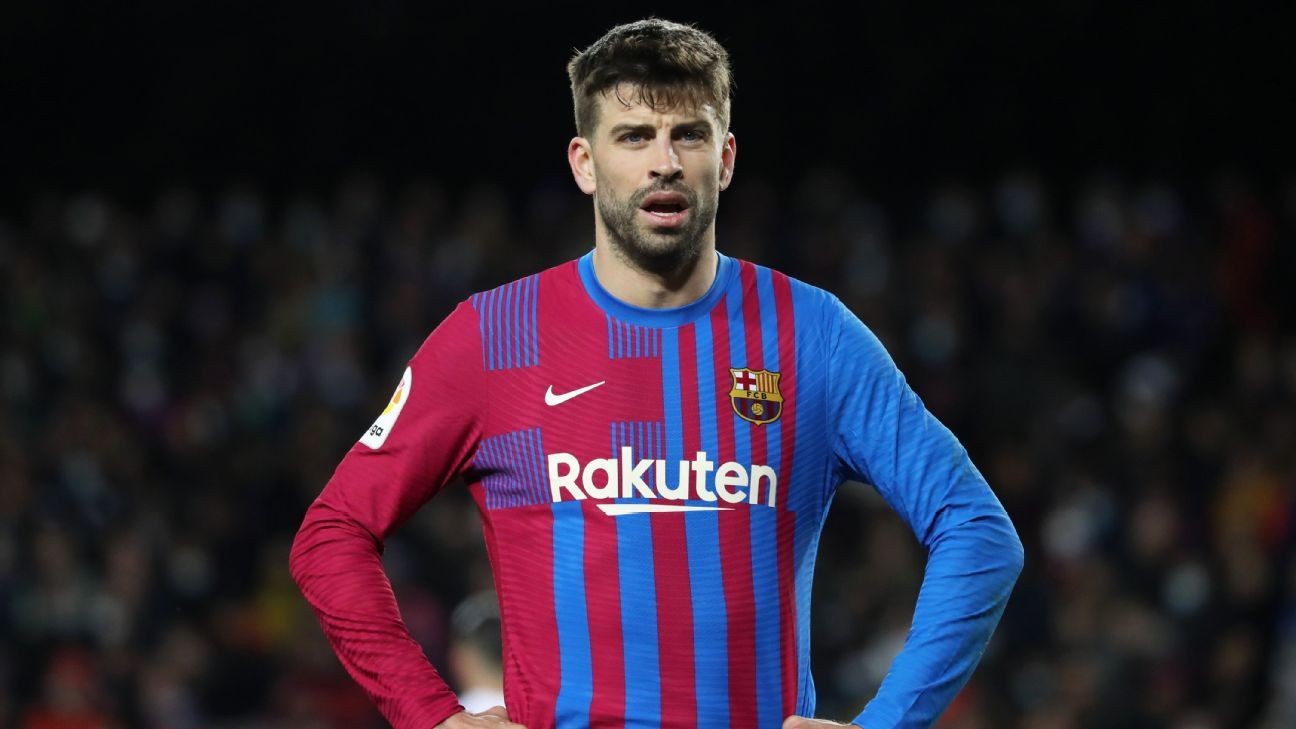 Xavi Hernandez has reportedly met with Gerard Pique and told the centre-back that he will not be called upon at Barcelona next season, according to a report by Diario Sport.

Why Premier League's shift to five subs per game is a bad idea7hJames OlleyDarwin Nunez to Liverpool: The stats behind his amazing breakout year11hChris WrightMan City complete Haaland signing from BVB11hESPN

While the manager doesn't question Pique's ability, he has cited physical issues and unprofessional behaviour as reasons for the decision being made, the report says. The main issue of those is that Xavi feels Pique isn't focused on football due to his multiple businesses and off-pitch controversies.

Pique was reportedly told that the best solution would be to leave in the most dignified way possible, which would include renouncing a large amount of the approximately €40 million that the clubs owes him.

Despite being told that he won't get many minutes, Pique is said to have refused to accept it and insisted that he will train more than ever, a plan that includes abandoning his commitments outside of football.

Barcelona coach Xavi Hernandez has reportedly told Gerard Pique he will no longer see the field and should leave the team gracefully. Joan Valls/Urbanandsport /NurPhoto via Getty Images

That Diario Sport report also mentions that Xavi sees Sevilla's Jules Kounde as the man to come in and play at centre-back, which the outlet has also reported. Chelsea are also interested in the Frenchman, who could be worth up to €60m, but the hope is that Barcelona will be able to afford to bring him in when they have reduced their wage bill.

Despite Andreas Christensen coming in and Eric Garcia also being in the squad, Xavi is said to dream of a partnership consisting of Kounde and Ronald Araujo.

- RB Leipzig have set a price of £100m for Christopher Nkunku as they aim to keep the Frenchman, reports The Independent, which add that the 24-year-old wants to stay put for another season. This comes with Manchester United, Liverpool, Arsenal and Paris Saint-Germain all having looked into the possibility of signing him this summer.

- Along with Kalidou Koulibaly, Juventus are hoping to sign Fabian Ruiz from Napoli this summer, according to Tuttosport. The defender and midfielder both have contracts that end in the summer of 2023, though a move for the Spaniard in this transfer window could depend on whether or not Arthur departs having underwhelmed for I Bianconeri.

- With Marcos Alonso being heavily linked with a move to Barcelona, The Sun have reported that Chelsea are considering a move for Wolverhampton Wanderers wing-back Rayan Ait-Nouri. It is felt that he would be able to provide good competition and cover for Ben Chilwell, who missed a large amount of the 2021/22 season due to a cruciate ligament injury.

- Having secured the return of Alexandre Lacazette, Olympique Lyonnais are now looking to bring Corentin Tolisso back from Bayern Munich, and Foot Mercato have reported that things are progressing positively. The midfielder is willing to listen to Lyon's propositions and could be tempted despite the absence of European football for the Ligue 1 outfit in the upcoming season.

- AZ Alkmaar's Owen Wijndal is Juventus' priority in their search for a left-back in the summer transfer window, according to Calciomercato, who also mentioned Udinese's Destiny Udogie and Hoffenheim's David Raum as options. The Eredivisie side do not want to drop their valuation below €15m, while Juventus have so far offered just over €10m with add-ons included.