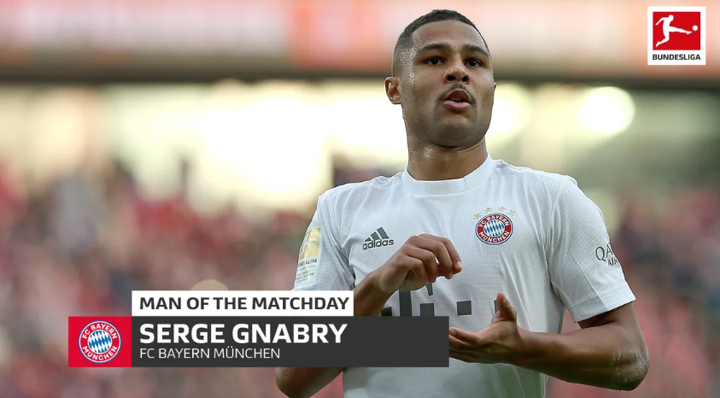 Even by Bayern Munich’s standards, leading 3-0 away from home after just 12 minutes counts as an extraordinary achievement, and two-goal hero Serge Gnabry more than played his part as Hansi Flick’s men nudged RB Leipzig off top spot once again on Matchday 22.

The eventual 4-1 triumph came as the perfect response to Leipzig boss Julian Nagelsmann, who had said on Saturday that his side’s victory over Werder Bremen had put the defending champions “under pressure” to follow suit.

And boy did they ever. Robert Lewandowski and Kingsley Coman had Bayern 2-0 up with just five minutes on the clock, with Gnabry getting in on the act moments later as the visitors steamrollered their hosts in a one-sided first half.

It was the 24-year-old’s first double of the season, continuing his fine record against the Billy Goats: the Germany international has now hit two braces against Cologne, en route to scoring six times in five games against them.

Gnabry’s contribution was about more than just goals, however. As Uth alluded to, he made more runs (104) and had more efforts on goal (eight) than anyone else on the pitch, entirely justifying his first Bundesliga start of 2020 after three consecutive substitute outings.

And with Bayern extending their unbeaten run to 10 games in all competitions for the first time in 2019/20, it appears that both Gnabry and the defending champions are hitting their stride at the perfect time as the decisive weeks of the season approach.