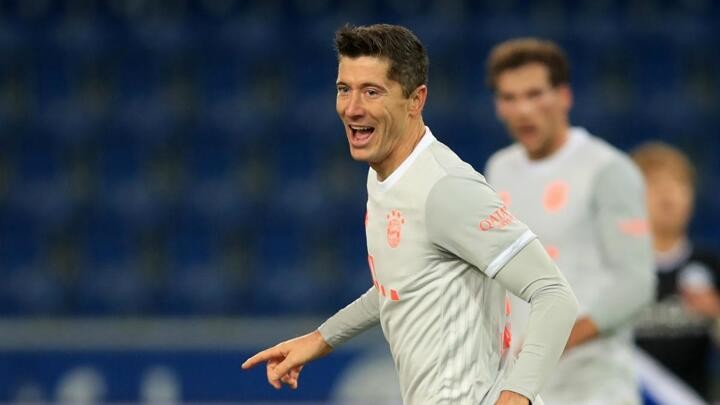 Inter versus Real Madrid is the pick of Wednesday's Champions League action, but Bayern Munich and Liverpool are looking to build on wins.

Neither Inter nor Real Madrid have room for error as they face one another in the Champions League on Wednesday.

A mammoth meeting at San Siro could set one of the two European giants on course for an early exit, with both sides currently outside the qualification places.

Champions Bayern Munich are also in action, as are Liverpool, who host Atalanta after a thumping win in Italy last time out.

Atlético Madrid had a big win at the weekend as Manchester City suffered a disappointing defeat, but both now likewise turn their attention to continental competition.

We preview all of these games plus the rest of Wednesday's action with the help of Opta data.

At risk of going winless through their opening four games of a Champions League campaign for the first time, Inter at least have a strong record at home to Real Madrid. Los Blancos have won three of their past four games against Inter but never away from home.

Madrid have enjoyed taking on Serie A sides in recent years, though. They have seven wins from eight such games under Zinedine Zidane, scoring at least twice in each victory, while their sole defeat in this period - 3-1 against Juventus in 2017-18 - was still enough to secure progress en route to the title.

Zidane's side - missing captain Sergio Ramos - must handle Romelu Lukaku, who has been involved in 15 goals (11 scored, four assisted) in the Europa League and Champions League across the past two seasons. Excluding qualifiers, only Robert Lewandowski (22 involvements) has outperformed the Inter forward.

Bayern Munich vs Salzburg: Lewandowski on for Raúl's record

Robert Lewandowski will climb to joint-third on the list of all-time Champions League goalscorers the next time he finds the net, increasing his tally of 70 to match Madrid great Raul's 71.

The Bayern number nine might well fancy his chances against Salzburg, who have conceded a joint-high 11 goals in the competition this season. Their games have produced 17 goals - more than any other team's.

Salzburg certainly face a tough ask, having lost all of their previous five Champions League meetings with reigning champions - including the 6-2 defeat at home to Bayern on matchday three when they conceded six goals for the first time in a European match while the German giants claimed a 14th straight win.

Liverpool vs Atalanta: Goal-hungry visitors out for revenge

Atalanta failed to score on matchday three but had netted in their previous 10 in the Champions League, while they have won their past three away games, scoring at least three times in each, since the City reverse.

Liverpool are looking for four consecutive victories in the Champions League for the first time since March 2009 and can call again on Diogo Jota, who netted a hat-trick in Bergamo and would become the fastest Reds player to five goals in the competition if he scored again in his fourth match.

City are struggling in the Premier League but have quickly found their feet in Europe this season. The same is true of Ferran Torres, who will aim to become the third City player to score in four consecutive Champions League matches after Raheem Sterling (November 2017) and Sergio Aguero (March 2019).

Torres' goal in the previous meeting with Olympiacos was assisted by Kevin De Bruyne, who already has four assists in the Champions League this term - his best ever tally.

Crucially, Pep Guardiola's defenders are also delivering on the European stage and they can win three in a row without conceding in major continental competition for the first time since the 1969-70 Cup Winners' Cup.

29 - Heading into matchday four, Gladbach had the highest shot conversion rate of any team in the Champions League this season (29 per cent - 10 goals from 35 shots).

6 - With three goals and three assists, Alassane Plea has been involved in six of his side's 10 goals - the joint-highest tally in a player's first three appearances in the competition since 2003-04 (also Adriano for Inter in 2004 and Erling Haaland for Salzburg in 2019).

1 - Ajax have only won one of their past eight home games in the Champions League (D2 L5), losing each of their most recent three without scoring a goal.

26 - Excluding qualifiers, Midtjylland last kept a clean sheet in European competition back in September 2015 (1-0 v Legia Warszawa), conceding 26 goals in 10 games since then.

10 - Atleti are unbeaten in their past 10 games against Russian opponents in European competition (W8 D2), with their last such defeat coming back in February 2013 (2-0 v Rubin Kazan in the Europa League).

7 - Atleti have conceded seven goals in three Champions League matches so far this season - more than they have in any other group stage in a single season under Diego Simeone.

8 - Marseille are looking to avoid becoming the eighth team to lose each of their first four group games while failing to score in a single Champions League campaign, with Anderlecht in 2017-18 the last to do so.

0 - OM have had fewer shots on target than any other side in the Champions League this season (four), as well as being the only side yet to score in the competition this term.