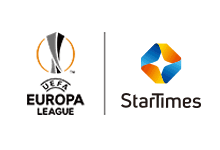 Official Television right holders of the UEFA Europa League, StarTimes brings to you live the quarter-final matches on Thursday as Arsenal takes on Napoli and Chelsea play away to Slavia Prague.

After slumping to a disappointing 1-0 defeat at Everton in the league on the weekend, Arsenal are looking to bounce back in Europe on Thursday.

The Gunners are at home to Napoli in the quarter-final of the Europa League in a match that has been made even more important to the London-based team following their unexpected defeat on the weekend.

Arsenal – like their opponents Napoli – do not really think they are Europa League material. They see themselves a league higher – in the much more lucrative Champions League.

For Arsenal though, the Champions League has not been on the cards for the last two seasons and they are in danger of not finishing in the top four again this time around.

After their defeat against Everton, Arsenal were fourth, just ahead of Chelsea on goal difference. Everybody in the club knows though, that should they win the Europa League, they will qualify for the Champions League next season, irrespective of their league position in England.

Napoli go into the two-legged tie without that pressure as they should finish high enough in Serie A.

For Arsenal though, the Europa League offers a second chance and the whole club is keen to take it. Ainsley Maitland-Niles told the clubs’ website that he is looking for a return to the competition.

The versatile 21-year-old, who has played as midfielder, right back and winger, played his first match for Arsenal against Turkish club Galatasaray in a Champions League group game in 2014, but has not featured in the competition since then.

“It's every team's dream to play Champions League football. It's the best European competition in the world. To play against all the big teams would be fantastic and you get to test yourself fully.”

Like Arsenal, Chelsea are also fighting on two fronts.

They are away to Slavia Prague in the first leg in a tie that they are expected to win.

Their form in the competition this season has been tremendous, winning all ten matches and scoring goals with a reckless abandon. It is not surprising that with Oliver Giroud, they have the top marksman in their side, with the Frenchman having found the net nine times.

Although they are the underdogs, Slavia have shown that they are a side that should not be underestimated. In the round of the last 16, the Czech side faced some formidable opposition in the form of five-time winners Sevilla.

In a dramatic return leg in Prague, Ivorian midfielder Ibrahim Traore scored in the last minute of extra time to give the home side a 4-3 win on the night and a 6-5 aggregate win to go through.

The other quarter-finals are between Benfica and Eintracht Frankfurt, while Valencia and Villarreal meet in an all-Spanish affair.

The return legs will be played a week later.

All the matches will be shown live and exclusively throughout Africa on the Star Times channels and no football fan will want to miss the action that the Europa League is sure to bring.