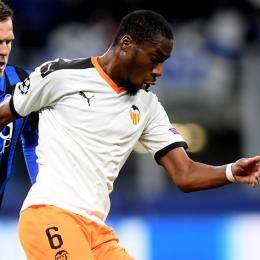 In spite of Premier League inquiries, as well as OGC Nice seeking after him, Valencia management, according to AS, decided to put French-Central African defensive midfielder Geoffrey Kondogbia (27) off sale. Playing for Los Taronges since 2017/18, former Sevilla FC, AS Monaco and Inter Milan playmaker is currently on a deal with Spanish club until June 2022, and might be soon starting extension talks upon.