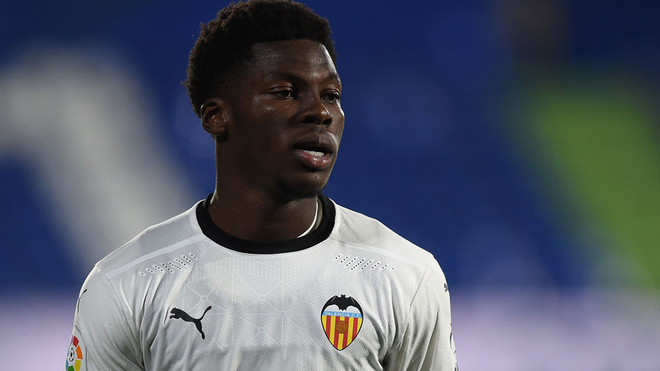 Mouctar Diakhaby was furious with whatever Juan Cala said to him

Valencia midfielder Yunus Musah has called out racist abuse against teammates Mouctar Diakhaby suffered an abuse during a league match against Cadiz at the weekend.

Valencia players walked off the pitch during the game at Cadiz before returning to complete the match.

The 18-year-old, who has chosen to represent the United States of America over Ghana, England and Italy, took to social media to offer his support to his fellow teammate.

"Our full support for Diakhaby. No room for racism. Racism cannot exist in football or society. We all have to fight for a society without discrimination. We are all with you," the United States forward wrote on Instagram.

An argument broke out in the 30th minute of the game at the Nuevo Estadio Ramon de Carranza on Sunday between Diakhaby and Cadiz player Juan Cala.

Diakhaby was clearly furious with a remark said by Cala, with a scuffle breaking out in the middle of the pitch as the game went on which resulted in the Valencia defender picking up a booking.

Just three minutes later, the entire Valencia team walked down the tunnel in a show of solidarity with their teammate with Diakhaby alleging he had been racially abused.