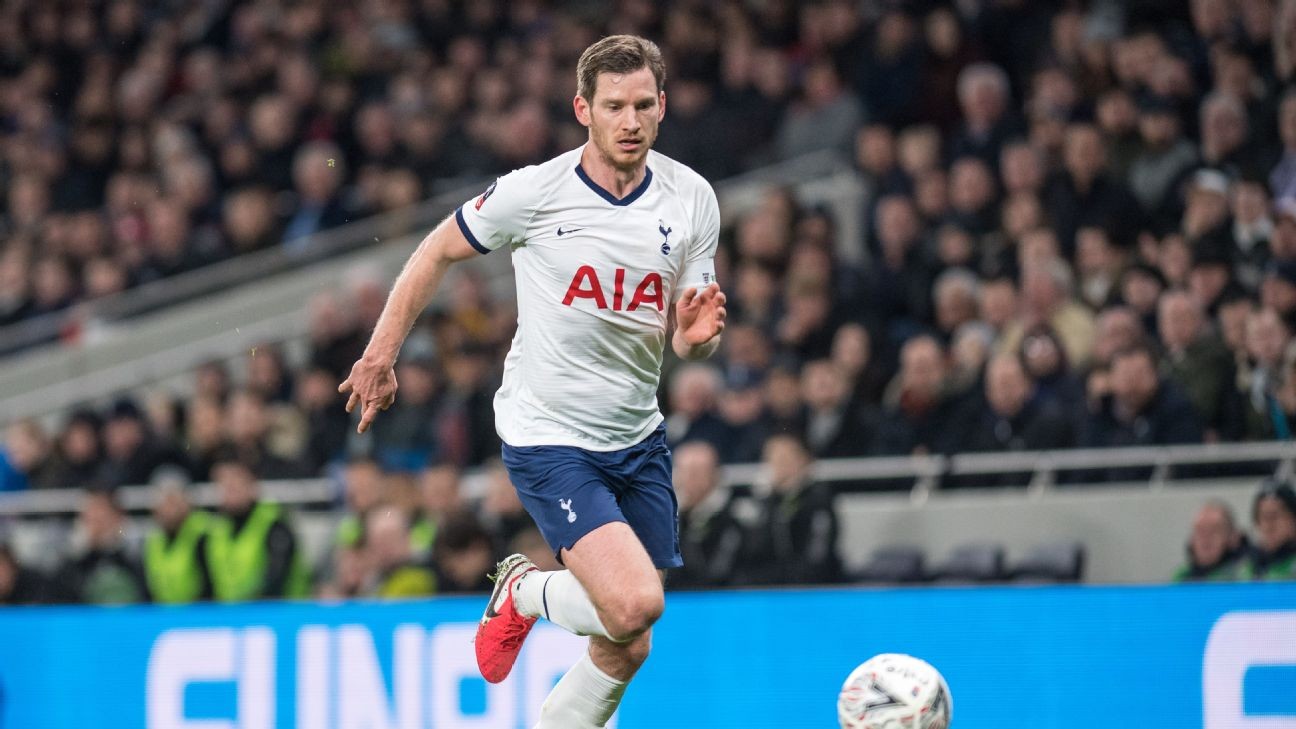 Shaka Hislop says he understands Danny Rose's apprehension, but says his explanation went too far. Craig Burley reacts to Tottenham's Serge Aurier reportedly breaking social distancing guidelines again. Gab and Juls congratulate Heung-min Son for being one of the top 5 in his class for his South Korea military service.

Jan Vertonghen is increasingly likely to leave Tottenham Hotspur this summer -- and is yet to agree an extension to his contract beyond June 30, sources have told ESPN.

The Belgium international is understood to be seeking a two-year deal on his present £70,000-a-week salary but the club have so far shown no willingness to agree to those terms.

Vertonghen turned 33 last month and although he remains open to staying at the club he joined from Ajax in 2012 for £12million, there is no sign of an agreement. That could in turn have an effect on the more immediate concern of securing Vertonghen for the remainder of the 2019-20 season.

His existing deal expires on June 30 and, although FIFA have granted clubs the opportunity to extend contracts until whenever the domestic season is completed, Vertonghen is yet to commit himself beyond the end of next month.

The Premier League is hopeful of restarting in mid-June and matches will run into July and possibly August.

Spurs have nine games left and head coach Jose Mourinho wants Vertonghen available for the run-in, creating an unusual situation in which the centre-back could be asked to sign a short-term deal with a club that has rejected his terms for a longer-term one.

The Premier League confirmed last week that "players can extend their contracts beyond June 30 until the end of the season, but it must be agreed by both parties." There is at least time for further negotiations with the deadline for extension set at June 23.

However, departing on June 30 would likely leave Vertonghen unable to play for another club until August at the earliest, depending on where he goes and when that domestic league can begin the 2020-21 campaign.

His preference is believed to be a club in Italy or Spain. Ajax showed an interest in resigning Vertonghen back in January but more recently Inter Milan and Roma have explored a possible deal.

Last month, Vertonghen claimed the coronavirus pandemic had increased the available options due to his imminent status as free agent.

"The corona crisis has turned out positively for the interest," he said. "Many clubs have no money.

"I'm just waiting right now. I want to sign for the right club. That could also be Tottenham, but it must be a club with ambition. Because I still have ambition too.

"I want to continue at a good level. When the club that suits my ambitions the best comes to me, when the league suits me and when the contract length suits me, I will sign for that club.

"I want to play in Europe. That is what I mean by 'ambition'. Preferably in the Champions League. Preferably in Europe because the national team is very, very important to me. I want to stay at the best possible level.

"Tottenham is an option, but I also need to look further. I have made a list of priorities. There are five, six things on it: developing myself, learning a new language, playing in Europe, the family must be feel good, I want to live in a beautiful city.

"Contract length is another thing. And then you have money. But that has never been a priority for me. Hopefully there will be a good choice."