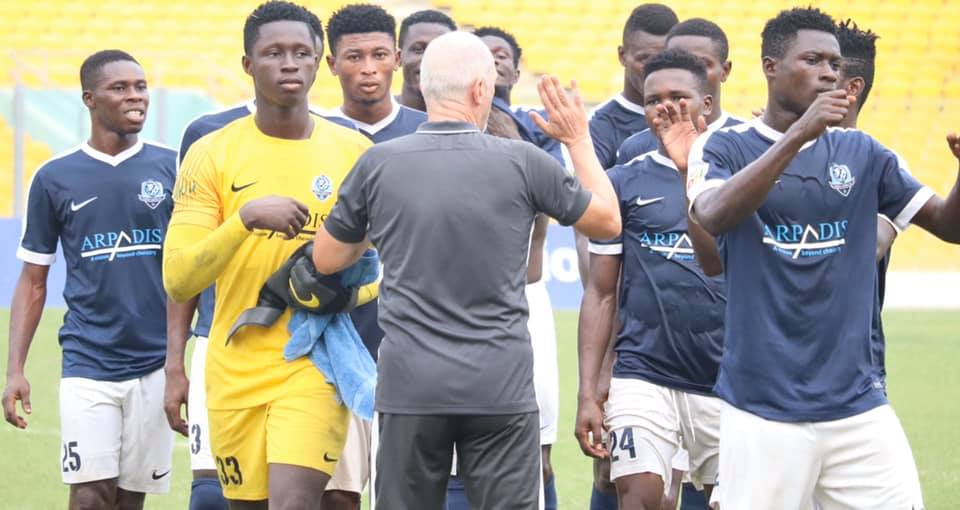 Accra Lions FC were 3-0 winners over Accra City FC on Tuesday at the Accra Sports Stadium in a Division One League Zone III match.

But the first goal scored by striker Fatawu Hamidu has gone viral.

The Ejura-born player unleashed a thunderbolt from just outside the box and it flew like rocket into the top corner.

The Accra City FC goalkeeper was left hapless on the line and watched on sheepishly.

The quality runs through every division of @ghanafaofficial-

Watch how Fatawu Hamidu of @AccraLionsFC lashed in a thunderous strike during a @DivisionOneGH match on Tuesday.

NB: Pls this is not the TV broadcast video pic.twitter.com/xvhHifQfU1