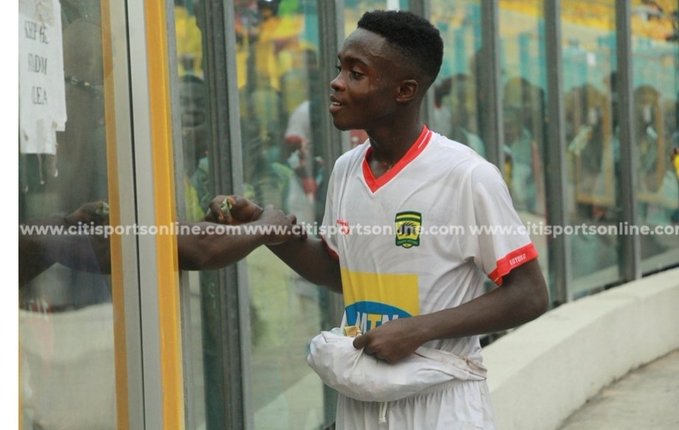 Cudjoe, 16, was introduced in the 68th minute and he turned the game on its head for the Porcupine Warriors.

His dazzling skills drew fouls and it was his shot at goal which struck the hand of defender Mohammed Alhassan for a penalty at the death.

Gyan, who was in the stands at the Accra Sports Stadium, made his way into the dressing to provide some 'guidance and counselling sessions' to the teenager on how to improve his game and realize his dream of becoming a big-name professional.

He was joined by his elder brother Baffour Gyan, an ex-Black Stars and Asante Kotoko striker.

Cudjoe was scouted during the 1st edition of the Baby Jet U16 Invitational Tournament.

Watch video of Gyan's pep talks to Cudjoe below