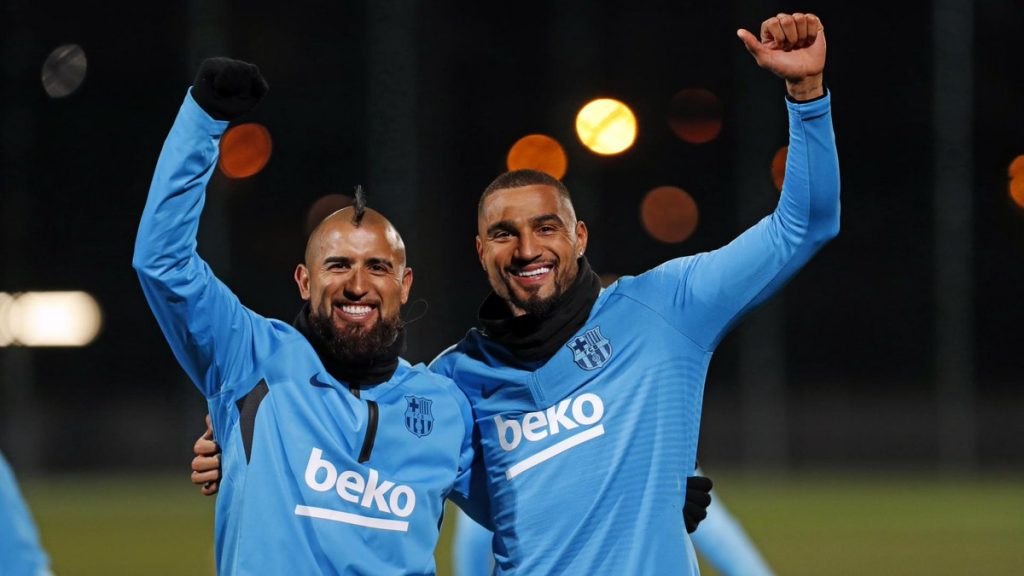 Kevin-Prince Boateng showed no sign of rustiness after he netted a superb back-heel goal during FC Barcelona's final training ahead of the UEFA Champions League first leg quarterfinal clash against Manchester United.

The 32-year old joined the Spanish giants from Sassuolo in the January transfer window.

Since his arrival he has only featured in two games for the Catalan club and has failed to impress the boss Ernesto Valverde.

According to reports in Spain, Barcelona will not extend the contract of Boateng after his failure to break in to the first team.

The former AC Milan star contract extension was set at €8 million in case he had improved but there is no way back now as Kevin-Prince Boateng will return to Sassuolo at the end of the season.

The Ghana international however scored a magnificent back-heel strike in the team's final training to the delight of his teammates and the coaching staff but was once again left out of the final squad for the crucial game.

The Blaugrana left the iconic Old Trafford Stadium with a 1-0 win courtesy Luke Shaw's own goal.