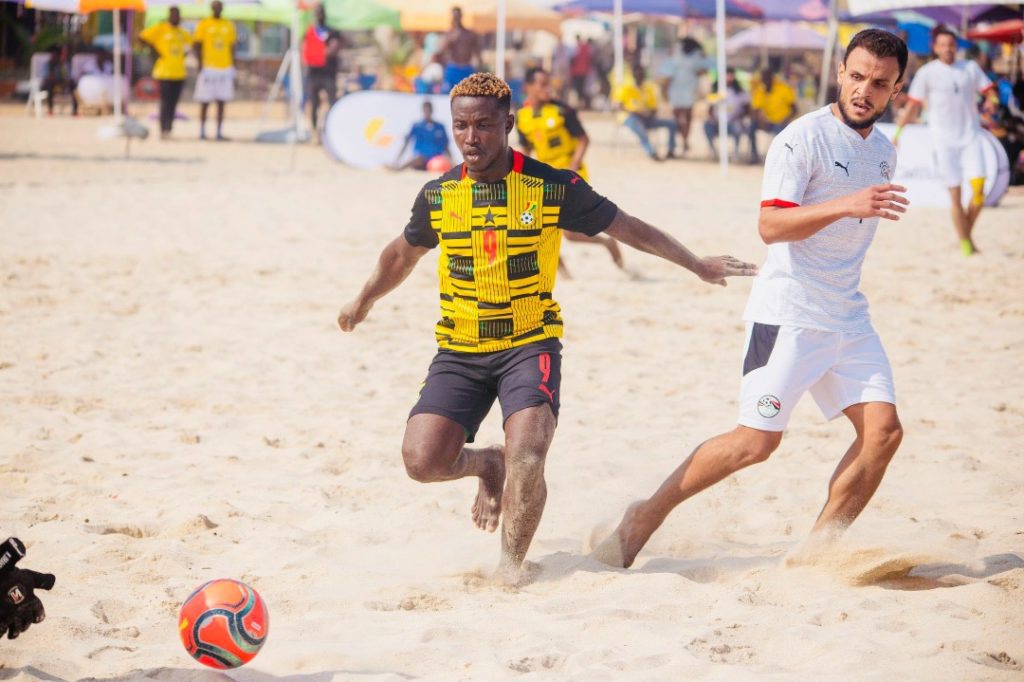 Ghana’s beach soccer team, the Black Sharks defeated Egypt by 6-5 in their first leg of the 2022 African Cup of Nations qualifiers at Laboma beach on Saturday, July 23, 2022.

Ghana scored the quickest goal right after the first pass through Kinni Ticor to leave the Egyptians in shock.

The visitors warmed up into the game and got their equalizer before going on to score their second goal through Ibrahim Hassan to make it 1-2 at halftime. The Black Sharks came into the second half rejuvenated and Richard Osa scored an amazing overhead goal to restore parity.

But the Egyptians took the lead once again through Hattham Mohammed before Michael Sema made it 3-3 for Ghana. Eugene Dekpey’s goal gave the Black Sharks confidence before the third half.

The Egyptians who remained resolute levelled up through Mohamed Hussein but Richard Osa scored his brace to once again up Ghana ahead.

With minutes to end the game, the Egyptians found the back of the net but the Black Sharks were quick to score the final goal of the game to earn an important victory over the North Africans.

The Black Sharks will travel to Egypt for their second leg encounter against the North Africans as they look forward to booking a place at the 2022 African Cup of Nations.