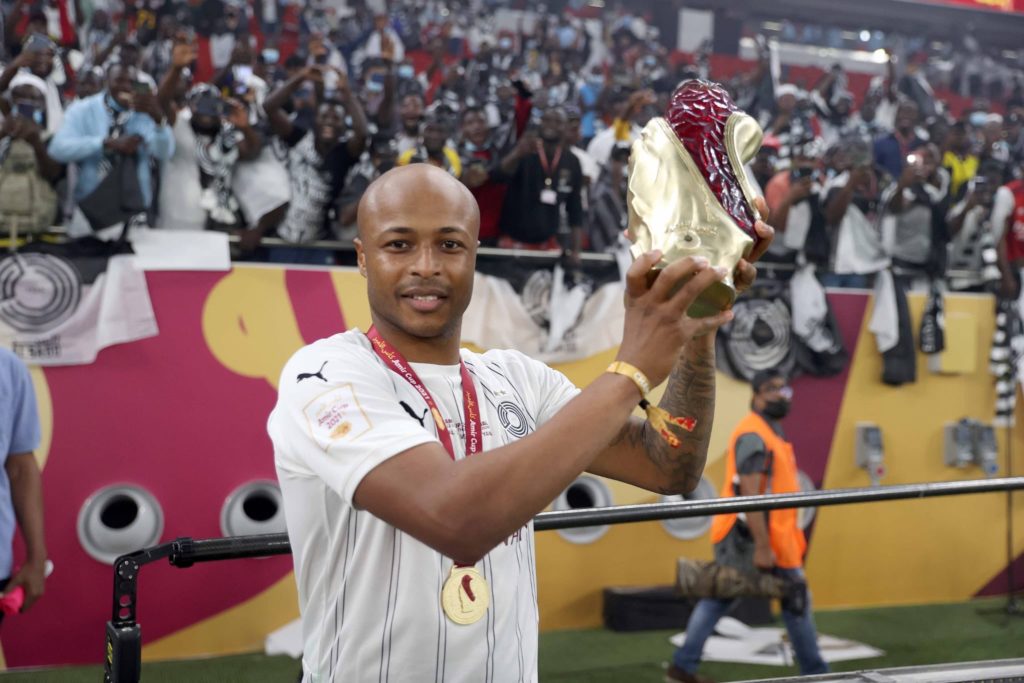 Ghana captain Andre Ayew is delighted to have won his first major trophy with Al Sadd.

Al Sadd won 5-4 in the shootout after Santi Carzola canceled out Yacine Brahimi's lead for Al-Rayyan.

Ayew who has been in terrific goal scoring form for the Qatari giants since his summer move was withdrawn in the 80th minute.

🗣️ "I am very happy and proud to win my first trophy here." 🏆@AyewAndre reacts to @AlsaddSC's #AmirCup2021 victory! pic.twitter.com/M4X6ePRx18

Ayew said: “I am very happy to win and win my first title with Al Sadd in a big match. We have to continue working to complete the season with full strength and win more trophies,”

Ayew added:  “Al-Sadd fans were wonderful, and their large attendance was an incentive for the team, in a stadium at the highest level.”

The former Swansea City forward has scored five goals in six appearances for the Qatari club since joining them in the summer.