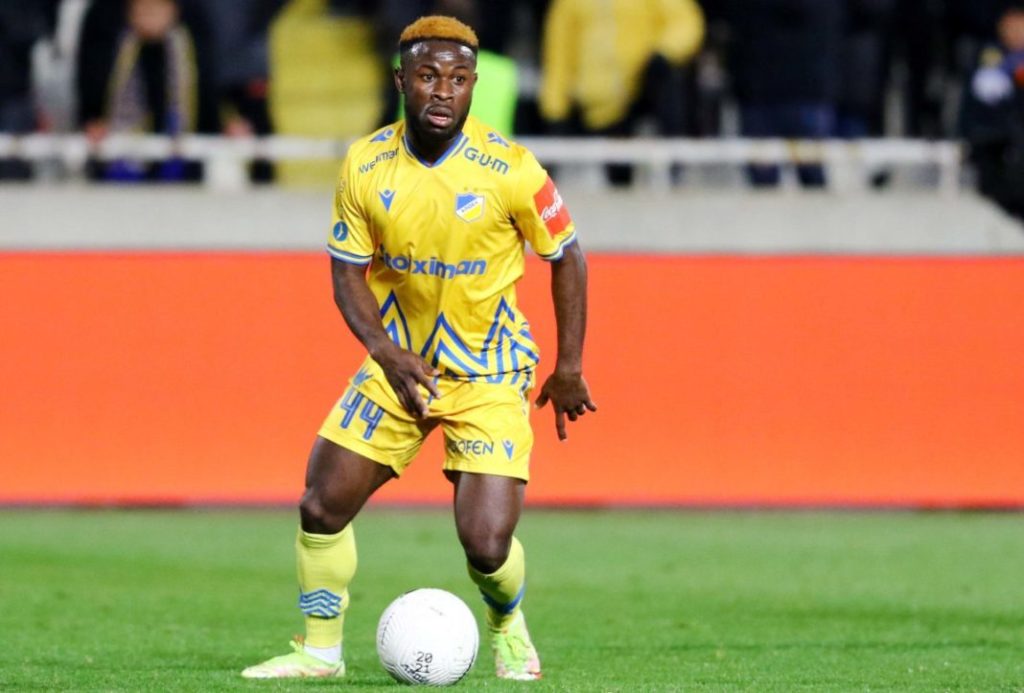 APOEL winger Kingsley Sarfo is hoping to win his first title with he club with just some few games to end the season.

The team is currently placed second on the league table with just one point behind leaders Apollon on 51 points with just four games to end the season.

Sarfo speaking in his first interview as a player of APOEL says the team is focused and are aiming for the Cyprus league title.

"We are well focused with the four games left. Everybody is on his toes.We really want to take the championship, every body is like a lion in the dressing room right now. Our focus now is the next game. keep focus and take the three points. We are dedicated to this", he told Club's website.

The former Malmo forward joined the club in the January transfer window and has made eight appearances this season.

Watch his first interview, as he talks about life, his adaptation to the team and his future from next summer