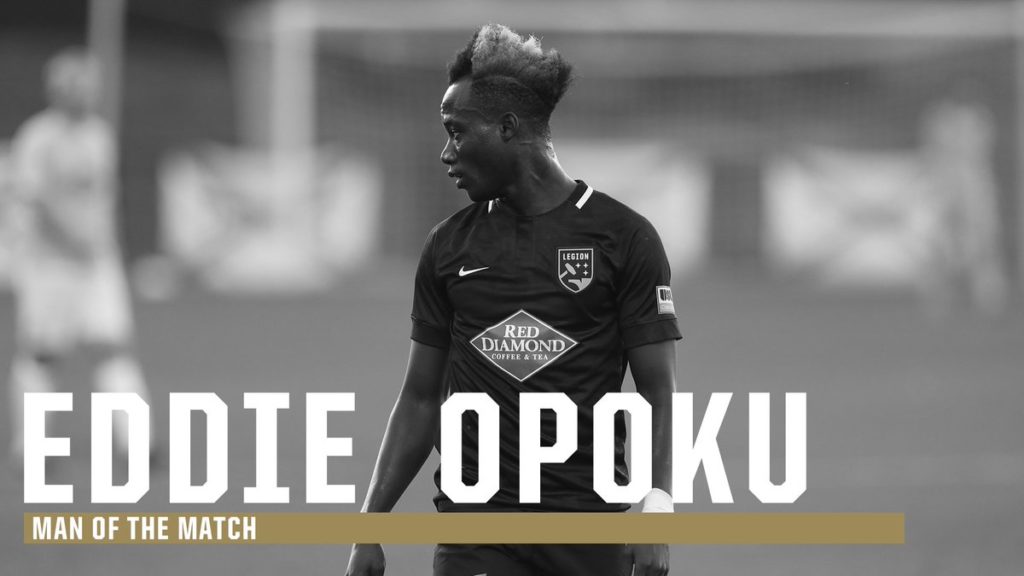 Ghanaian duo Prosper Kasim and Eddie Opoku scored for Birmingham Legion FC in their 4-1 win over West Chester United in the U.S. Open Cup at home.

Opoku put up a man-of-the-match performance by providing assists in the goals scored by Hollinger-Janzen’s and Kasim.

In total, he had five shots, two shots on target and three chances created.

Chandler Hoffman scored in the 22nd minute with a penalty kick after Opoku was taken down inside the box.

Hollinger-Janzen increased the lead in the 36th minute when the midfielder shot a header ahead of Gardan after an assist from Opoku.

Legion FC kept the pressure on in the second half, adding the goal from Kasim in the 50th minute.

Kasim drove the ball the length of the field, dropped it off to Opoku and then received the ball again to put the home team up 3-0.

With @WCUSCPredators over-extended in search of a goal, Prosper Kasim raced up the other way to finish off a ⚡️ counter-attack for the @bhmlegion.

Legion added a final score in the 88th minute, when Opoku added a goal to his assist stats; his goal came off an assist from Daniel Johnson.

That's the end of a long road for spirited amateurs @WCUSCPredators, who bow out after losing 4-1 to pro side @bhmlegion in Alabama (Opoku added a late one). The winners move on to meet @USLChampionship champs @loucityfc in the Third Round.#USOC2019 🏆 pic.twitter.com/QGmbDyf6bn