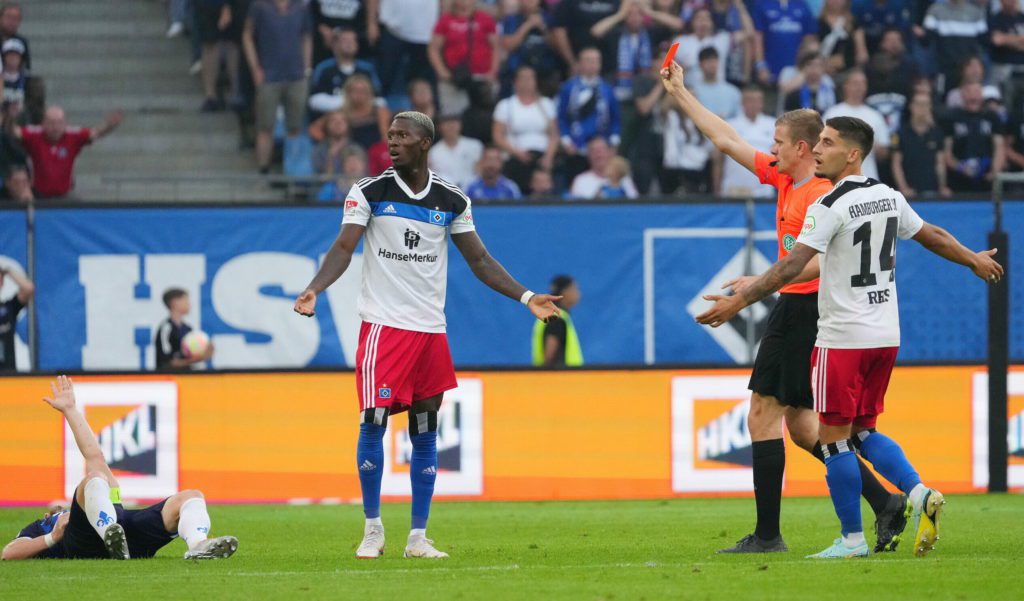 Ghanaian forward Aaron Opoku received one of the season's most bizarre red cards in Hamburger SV’s 2. Bundesliga match against Darmstadt on Friday evening.

Darmstadt led 2-0 after just seven minutes, thanks to goals from Ghana’s Patric Pfeiffer and Phillip Tietz.

Opoku, born in Germany, started the game on the bench and was brought on in the second half in the hopes of changing the game.

However, he was only on the field for eight minutes before being sent off in cynical fashion.

Fabian Holland grabbed Opoku's shorts and prevented him from joining the attack in a desperate attempt to break up the counter.

After failing to shake off Holland, the 23-year-old retaliated by booting his opponent in the stomach.

The referee witnessed the entire incident and immediately stopped play. He then jogged over to Opoku and gave him his marching orders.