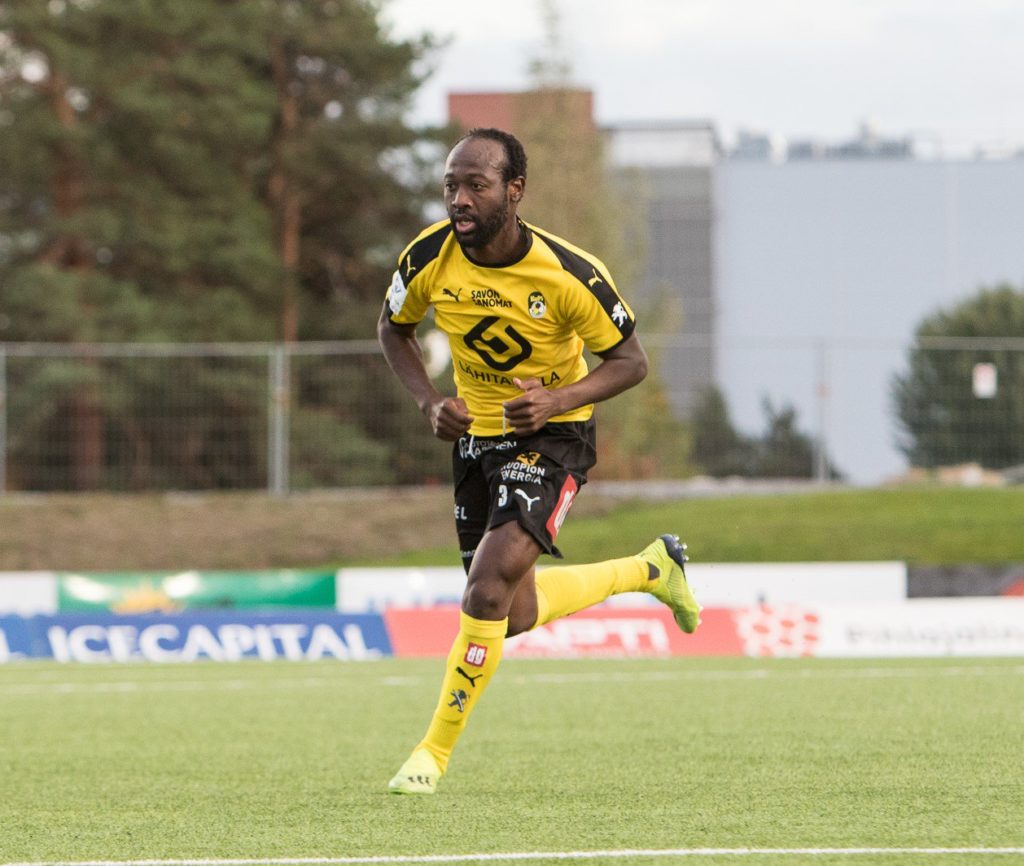 Ghanaian midfielder Reuben Ayarna etched his name in the history books when he scored an amazing goal on Saturday night to help KuPS win their first league title in Finland for 43 years.

The 33-year-old scored the second goal for KuPS in their shock away win at the Veritas Stadion where FC Inter hosted them.

Ayarna was not born when KuPS last won their last league title in 1976 but he made sure he is remembered in the history on the city of Kuopio as he hit the long-range effort to send the visiting fans into ecstasy.

The victory ended a 43-year wait for the title for KuPS, who were last crowned champions of Finland in 1976.

They will play in the UEFA Champions League next season.

An even first half left Inter some hope, but after the break KuPS stepped on the gas.

First Ilmari Niskanen put the visitors ahead on 51 minutes, before Reuben Ayarna hammered the ball home from 25 metres three minutes later out to all-but-seal the win.

Ayarna was celebrating on Saturday after KuPS Kuopio sealed the 2019 Veikkausliiga title with a 2-0 win away at Inter Turku.

KuPS owner Ari Lahti was on hand to dish out the medals in Turku, wearing his other hat as chairman of the country’s FA.

It was a happy moment for the investment banker, who has bankrolled the Kuopio side for years.

The former Liberty Professionals enforcer scored his second goal of the season after his two assists this season.