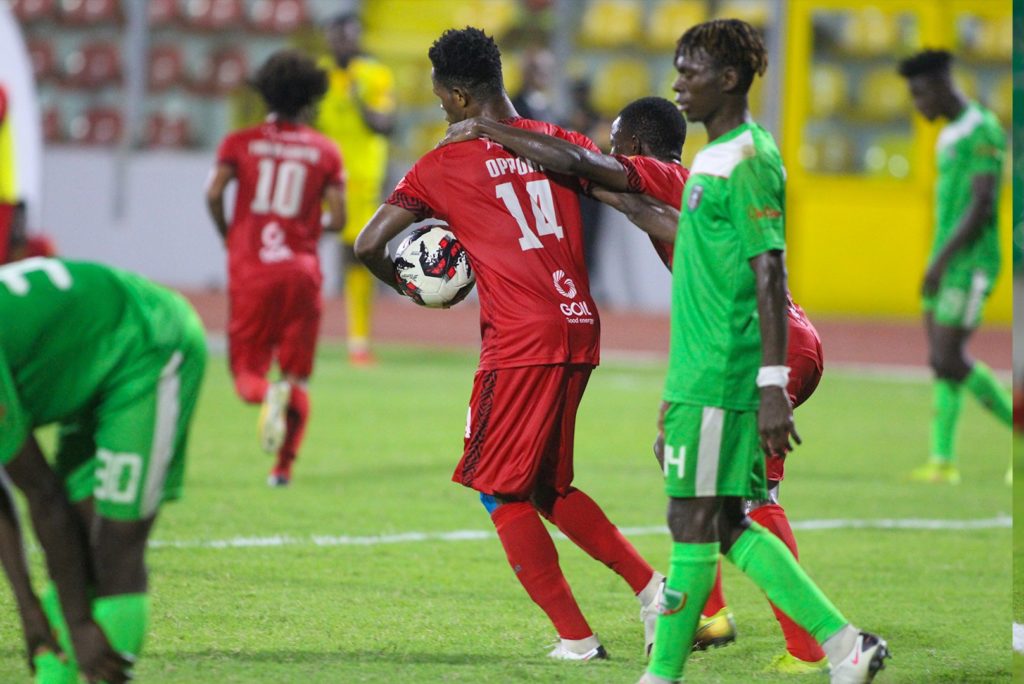 Asante Kotoko earned a fairly comfortable win in their second home of the Ghana Premier League season as they defeated Eleven Wonders 2-0 and moved three points clear at the top.

Prosper Ogum's side weren't troubled by struggling Wonders at Baba Yara Stadium in Kumasi and they secured a fourth consecutive victory to send out a strong warning to other title favourites, especially defending champions Hearts of Oak.

Samuel Boateng was back among the goals, opening the scoring with a brilliant effort from outside the box.

Isaac Oppong doubled the lead with a stunning goal. He run onto Fabio Gama's long pass, beat his marker, made a daring run into the box and then blasted the ball past the goalkeeper.

Kotoko are the only team with 100 percent record in the league after four games and they look like a side capable of going all the way.