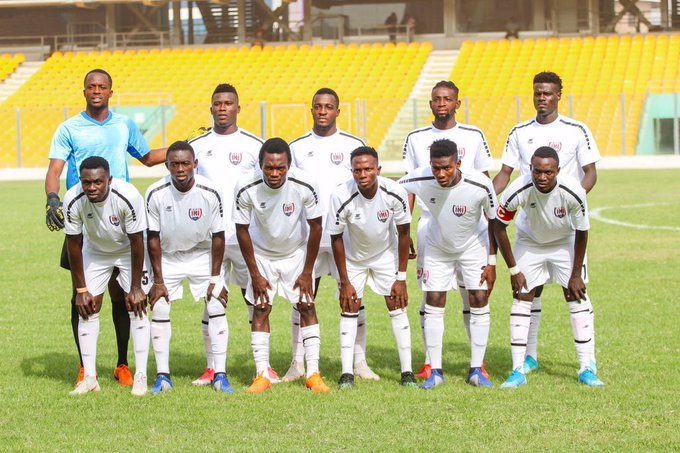 Inter Allies continued impressive away form with a 0-0 stalemate with Ebusua Dwarfs at the Cape Coast Stadium on Sunday.

Victorien Adebayor went close to scoring in the early embers of the second half but two good saves from the Dwarfs’ goalkeeper rescued the home team.

Fard Ibrahim was handed his first game of the season with Felix Abuska also starting for the first time in as many changes made by the Technical Team from the last game.

The Capelli Boys had the lion share of possession and dominated the game but failed to find the back of the net despite creating some decent chances.

The home team counted themselves very lucky after Victorien Adebayor failed to score from close range, Razak Issah made a fine double save.

Allies kept pushing for a late goal but Dwarfs had a compact defensive line and the game ended with both sides sharing the spoils.

Highlights of our 0-0 stalemate with Ebusua Dwarfs in Cape Coast. pic.twitter.com/4GobIGDiUW