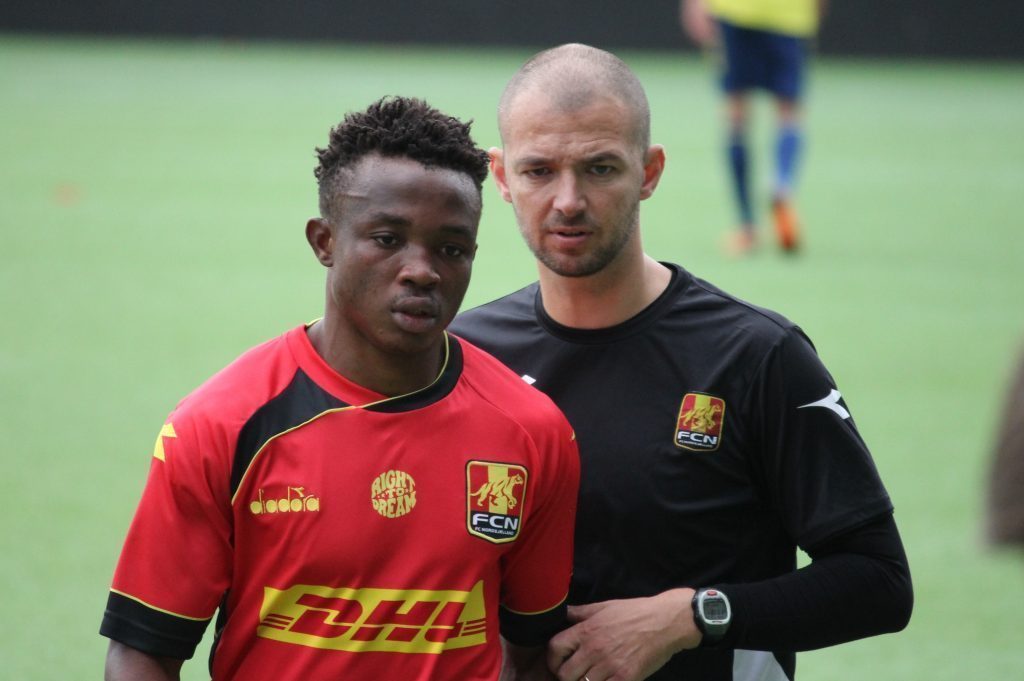 Atanga, who was promoted to the first team in April, netted against Horsens as Nordsjælland sealed a comfortable 3-0 victory on Sunday.

The 18-year-old doubled the lead in the 58th minute after Ulrik Yttergard had opened the scoring in the first half.

Abu was played in one-on-one with Horsens goalkeeper and he unselfishly squared the ball for Atanga to tap home into an empty net.

The two are former players of Right to Dream Academy.