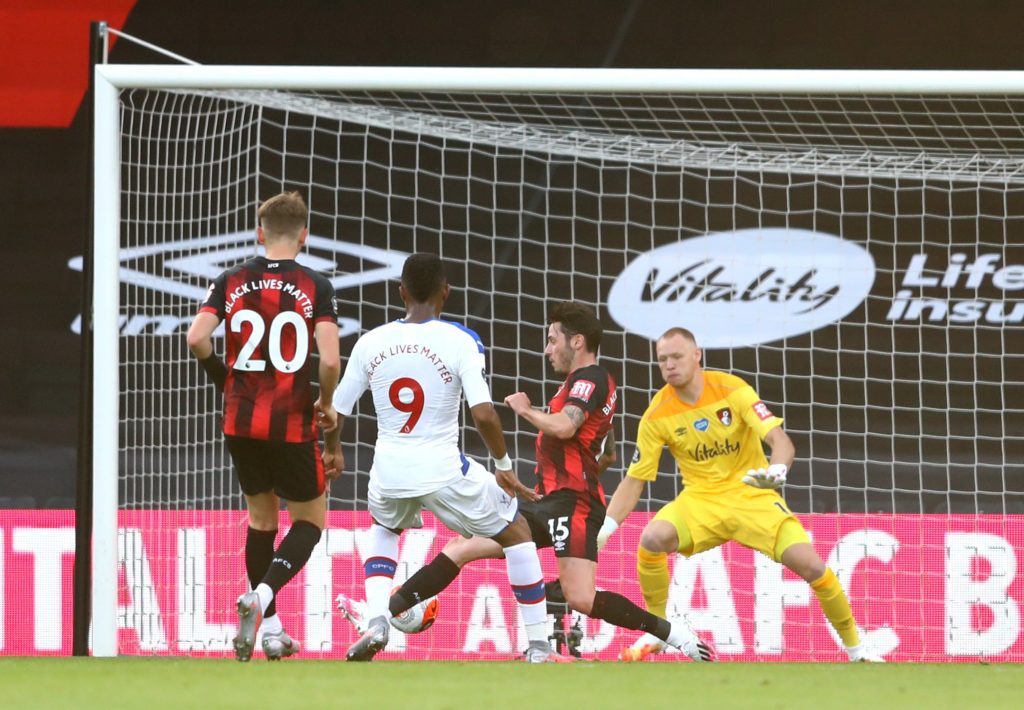 Crystal Palace striker Jordan Ayew continued his purple patch of scoring in the English Premier on Saturday, 20 June, 2020 after firing home a sublime goal against Bournemouth.

The Ghana international peeled away from his marker to comfortably direct a low cross from Patrick van Aanholt to double their lead in the 23rd minute.

Luka Milivojevic had given the Eagles the go-ahead goal on 12 minutes with a sumptuous free-kick from the edge of the box.

Ayew has now scored 26 goals in the English top-flight since signing for Aston Villa five years ago.

The 28-year-old is now two away from equalling his personal best of 12 goals during his spell with French Ligue 1 side Lorient for the 2014/15 season.