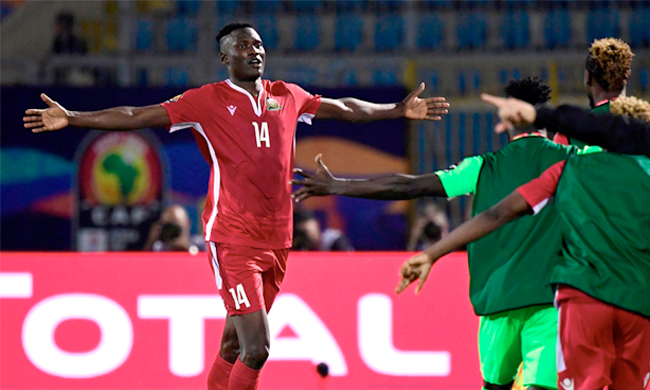 Kenya's hopes of making it into the second round were restored after beating East Africa neighbours Tanzania 3-2 in a thrilling derby at the June 30th Stadium in Cairo on Thursday night.

'Engineer' Michael Olunga scored twice, once in either half as Kenya came from behind to grab the massive three points ahead of the final round of group matches next Monday.

Saimon Msuva had given Tanzania a fifth minute lead before Olunga drew the sides level in the 39th minute.