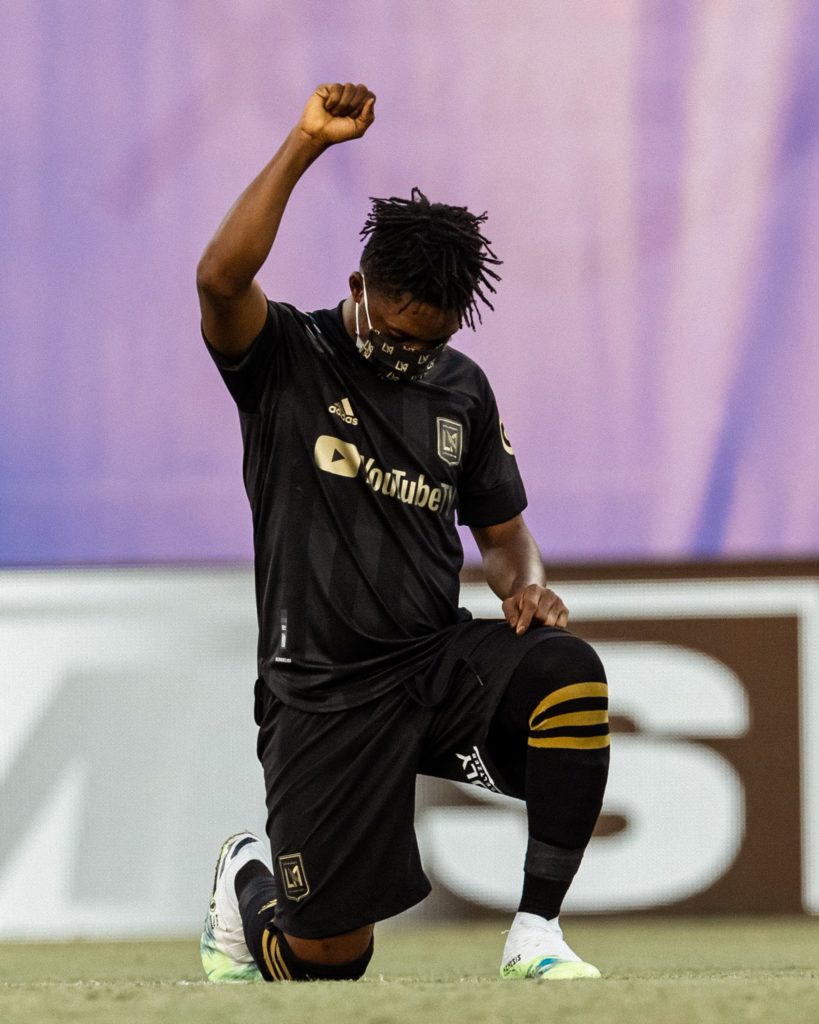 Ghanaian winger Latif Blessing registered a superb assist during Los Angeles FC’s 3-3 draw with Houston Dynamo in the MLS Is Back tournament on Monday night.

Memo Rodríguez broke the deadlock for Dynamo Houston in the 9th minute.

But LAFC rallied to level the score line through Bradley Wright-Phillips in the 19th minute. Latif Blessing played a role in finding Diego Rossi on the far left before the Uruguayan whipped in a low cross to Phillips to guide the ball home.

However, Rodríguez restored Houston’s lead in the 30th minute before Alberth Elis made it 3-1 on the stroke of halftime.

LAFC continued pushing for a third goal but had to wait until the 69th minute after Blessing played in a sleek through ball to Brian Rodríguez to poke home the leveler.

The result left LAFC in 2nd spot in Group F with 1 point from 1 game.